It was mid-morning in the windy city of Chicago when the clock struck 10:00 am. A thunderous noise could be heard outside the McCormick place convention center. BookCon 2016 had begun, and the winding line was let loose. This one-day convention housed some of the top authors of the YA (young adult) writing community as well as their voracious and enthusiastic fans. 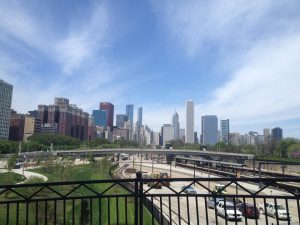 Housed in the largest convention center in North America, this relatively new convention contained panels, autograph signings, and a exhibit floor containing many publishing giants like Harper Collins, Simon Schuster, and Knopf. Morale was high and a diverse group of individuals came together to share their love of reading, writing, and YA.

BookCon 2016 contained a few sneak peeks of upcoming projects, including the movie adaptation of Roald Dahl’s children’s book The BFG. Treats also included exclusive content of Veronica Roth’s upcoming book Carve the Mark, the first in a series, and Leigh Bardugo’s Crooked Kingdom, the sequel to Six of Crows.

Panel topics ranged from the silly to the serious, and each had fantastic and unique groups of guest speakers. In the panel presented by We Need Diverse Books discussing Love & Loss in Children’s Literature, it was discussed whether or not authors had a duty to represent happy endings to a teen audience. Panelists included amazing writers such as Sherman Alexie, writer of The Absolutely True Diary of a Part-Time Indian, and Jenny Han, who’s known for her novel To All the Boys I’ve Loved Before.

Other panels touched on lighter topics — such as Truth or Dare with Marissa Meyer and Leigh Bardugo, which involved a lot of free verse rapping. One of my favorite panels was Reality Bites: Contemporary YA Takes the Stage with authors such as Jennifer Niven and David Levithan. They discuss their novels that are grounded in reality and some of the touching comments that fans have written to them over the years. I even witnessed an excited fan present Jennifer Niven with a thoughtful gift, exclaiming how much All the Bright Places meant to them as a novel. It just goes to show you how books can cause such a powerful reaction in people. 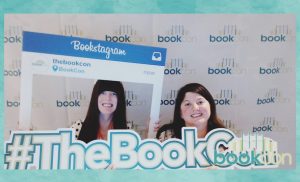 The autograph signings were by far the most competitive event to get into at the Con, and they required specific wristbands for each author. Fans started arriving five hours early just to get in line for these golden ticket wristbands, and many were forced to turn away as line numbers skyrocketed. Other authors signed books from their editors’ booths, such as Kate Dicamillo, the author of beloved Children’s book Because of Winn Dixie, and many authors were also happy to pose for pictures.

Overall, what could be found at BookCon (aside from a vast number of books) was a good time and a shared love of reading. In my experience, book fans can be some of the most passionate and excited people on earth, and this event was proof of that. It was quite an adventure to visit Chicago, and I can add it to my list of exciting places I’ve wandered.