Winter boots come in numerous styles, materials, colors, and brands. Just like any other footwear, though, winter boots have a rich history and cultural significance. Knowing the story of your winter boots will help you appreciate them more. We’re highlighting 3 types, the first of which is the best type of boot for rough winter snow. The second is a style that trended in the mid-2000s. Finally, we have a type that made waves in American, European, and Korean fashion.

Snow boots are your go-to footwear if you’re treading through heaps of snow. The high side of the boot prevents snow from entering, and the boot’s overall material is made to be waterproof or water-resistant. Snow boots are generally heavier, but the weight keeps the feet warm and dry and gives the wearer better grip on the snow.

One of the earliest pairs of snow boots was found to be made of bearskin soles, deer cover, and tree bark netting. Otzi, an iceman who was found by hikers in the Alps in 1991, was found wearing this pair of snow boots alongside other primitive winter wear. Archaeologists revealed that Otzi and his winter boots were 5,300 years old.

Today’s snow boots have come a long way from using bearskin as the main material. Different types of snow boots have also been developed for heavy duty walking or for strutting around in comfort and style. The upper structure of a typical snow boot is made from tough leather or nylon to protect the wearer from the harsh ice and snow. The soles are thick and rugged for better traction and are made of 100% waterproof rubber, carbon rubber, or sticky rubber. As for the boot’s midsole, compression molded EVA is typically used for its excellent support. When it comes to the inner layer, insulation is key. The inner linings are usually insulated with fleece, but specific materials like primaloft, polartec, synthetic fur, and thinsulate can also be used.

If the heavy duty snow boot isn’t your thing, you can still find a couple of other styles that cater to calm, snowy climates. They don’t look as heavy as normal snow boots, so they can be worn at any time. These snow boots come in suede, nubuck or brushed leather, or full grain leather. They also come in various heights, from ankle-high to knee-high.

You might know Ugg as a brand name, but originally, the term ugg boots meant something else. Ugg boots is an age-old generic term for a sheepskin boot that originated in Australia and New Zealand. Uggs are typically made of twin-faced sheepskin with fleece on the inside, tanned outer surface, and synthetic sole.

Though ugg boots became popular from the late 1990s to the mid-2000s, they were already around during the ’60s and ’70s. The utilitarian uggs were preferred for their warmth and were often worn by surfers in the United Kingdom in the 1970s.  It was only during the ’90s that uggs became a fashion statement in the United States. In the US, ugg boots are worn during winter while in Australia, they are worn as slippers. Today’s Uggs still retain their classic look. Of course, some of the materials have changed to improve insulation.

The style of Chelsea boots has aged quite nicely in the past 200 years. From the Victorian era right until after the height of The Beatles, Chelsea boots were popularly worn at any given time. This type of boot was also used during winter, even with its fitting, ankle-high design, rounded toe, elastic side panel, and very formal overall look.

It is said that Chelsea boots were invented by Queen Victoria’s cobbler, J. Sparkes-Hall. Back then, they were known as paddocks boots due to their walking and riding uses. The name only shifted when the “Chelsea Set” (a group of artists, designers, and socialites) hung around Chelsea wearing those boots in the ’50s. And by the 1960s, the world-renowned rock/pop band The Beatles regularly wore Chelsea boots and contributed to the footwear’s popularity in the Mod scene. Today’s Chelsea boots are made with materials like suede, leather, and waxed leather. 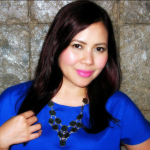 Monica Mendoza is the manager for a fortune 500 company, and she counts communication coaching and personality development among her passions. In her spare time, she engages in writing, gardening, surfing, and hiking.