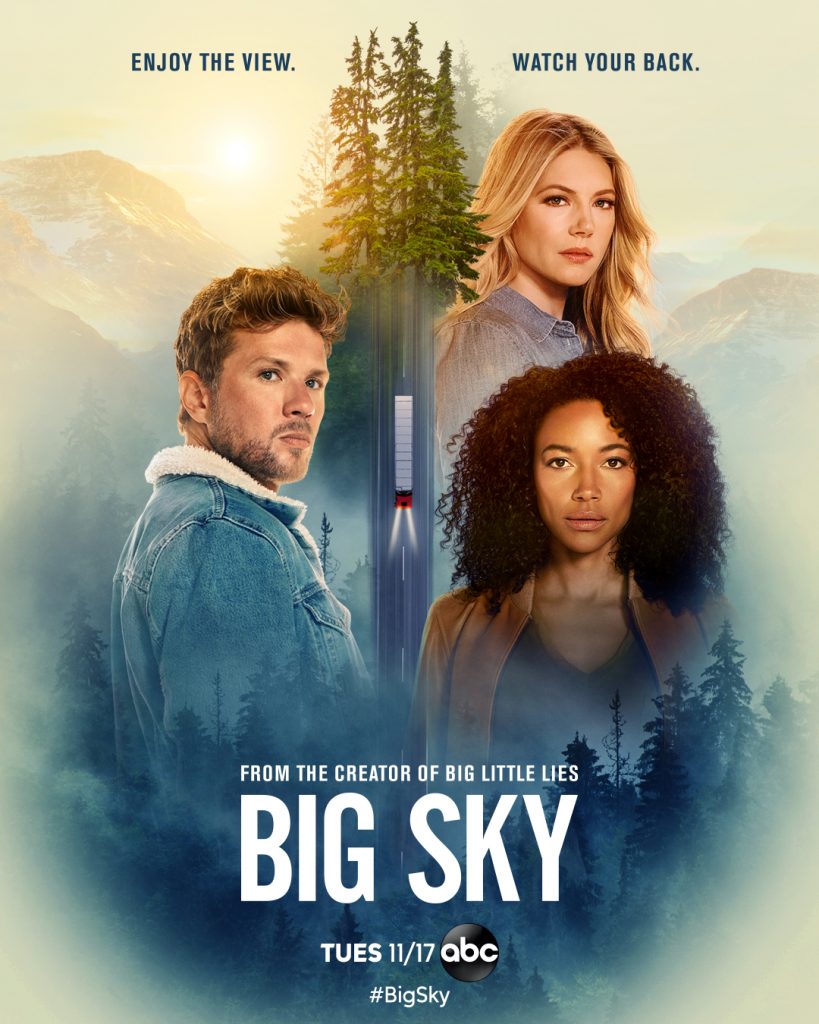 Montana is known for its beautiful landscapes, small town charm, and acres of flat, untouched land. But hidden amongst the trees and simple structures are questionable characters, unsolved murders, and a number of missing girls. Big Sky, a new ABC original series, focuses on various members of a tight-knit Montana town as they seek to solve the disappearance of two teenage girls, both vanishing on a spontaneous road trip. Featuring a number of subplots of various mysteries to unfold, Big Sky is a thrilling, anxious series that never fails to horrify.

When Danielle and Grace decide to go on a road trip, they never expect a frightening, violent encounter with a truck driver. In a random moment of road rage, the two girls find themselves kidnapped in the back of a truck, the only other person who knows about their whereabouts is a captured prostitute who is destined for the same fate. Their boyfriends’ father, Cody Hoyt, is determined to find them no matter the cost, seeking the help of local law enforcement and a number of other members of the community to make sense of the variety of unsolved crimes in town, as well as the location of these missing girls. Full of action, gritty violence, and drama, Big Sky presents one of the most frightening, jarring stories to hit the small screen in years.

While only one episode has been released, Big Sky is certain to be a topic of conversation in the world of television. Dealing with controversial subject matter and plenty of interesting story lines, this series, made by the creators of Big Little Lies, redefines the thriller genre and adds enough originality and intrigue to diversify this small town story from those it seemed to replicate.

Enthralling, captivating, and terrifying are only a few words to describe the world of Big Sky and the all too real realities it presents. Many will find the story, characters, and shocking plot twists to be addictive, a guilty pleasure show to tune in to weekly. Yet others may find the graphic, almost disturbing content to be enough to avoid during such intense times. For those who can stomach the violence and questionable content, this new series is certain to be both enjoyable and impossible not to get hooked on.

Cody is unwilling to let go of these missing girls, and Danielle and Grace are fighting for their lives. With an ending that no one will see coming, Big Sky entrances with its charm, complex character dynamics, and storyline that delves into familial issues as well as kidnapping, corrupt officials, and characters that supply surprises constantly throughout the episode.

Love small towns and southern living? After seeing Big Sky, audiences will find comfort in suburban living and may even decide to make sure the door is locked.