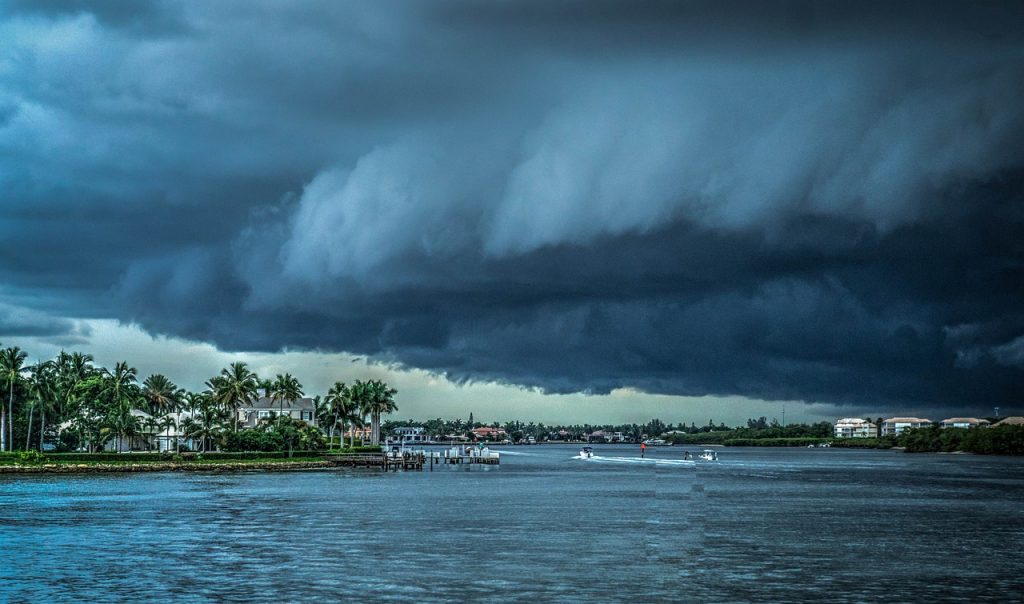 Everyday, many natural phenomenons occur all around the world. Every winter, the geese migrate to warmer climates, forming a looming yet majestic cloud above bustling cities. Meanwhile, the tulips of Amsterdam are all too eager to make their appearance in the coming of spring. Every now and then, you might find a double rainbow sitting in the cloudless sky of Ireland after a heavy rain. Indeed, the world is full of magnificent sights; however, the same world responsible for these natural wonders is also capable of the most tragic disasters. Roaring tsunamis hit the coast of Japan. Earthquakes shatter the foundation of Haiti. More recently, Americans residing on the East Coast of the US have had to brave the treacherous winds of Hurricane Matthew.

Hurricane Matthew started out like any other hurricane. It was a mere tropical wave that formed off of the African coast. It slowly made its way across the Atlantic, gradually picking up speed. By the time it reached the Caribbean Sea, Matthew was deemed a Category 4 hurricane on a 1–5 scale. In this state, Hurricane Matthew had wind speeds that could exceed 130 miles per hour. With this force, Matthew advanced toward the US, ripping Haiti, the Bahamas, and parts of Cuba to shreds. When it finally reached American soil on October 7, Matthew was a Category 1 hurricane with wind speeds up to 75 miles per hour. Matthew initially struck Florida and slowly made its way down the coast, passing through Georgia and the Carolinas before fizzling out completely.

“Hunker down” is a common phrase used in the South to describe riding out a hurricane. Usually it entails people going out and buying enough food to last a few weeks without power, boarding up their windows, and sitting at home with their generators and battery-operated radios on hand. Growing up near the coast of Texas, I am no stranger to the idea of “hunkering down” and letting nature take its course. It always fascinated me to watch the trees violently sway in the wind. Every now and then, a large gust would come and make the boughs of the trees gently brush the ground. It was terrifying yet utterly mesmerizing. After hours of watching this battle between wind and trees, everything would suddenly go still and calm. Standing in the eye of a hurricane has to be one of the most serene and surreal feelings in the world. It’s this little slice of peace in a literal whirlwind of chaos. It’s a brief moment where hope is restored and the motivation to endure returns.

It’s not until after all the winds have died down that the actual horrors unfold. Hurricane Matthew, along with many other hurricanes before it, left a disastrous path behind it. Citizens emerged from their safe havens to find flooded streets, fallen trees, destroyed homes, and so much more. In extreme situations, people even lost their lives. It is a horrible and painful thing to endure. The months following a hurricane are probably more miserable than the hours spent seeking shelter from the roaring storm. Despite the destruction, the months after a hurricane are also a time when the meaning of community is truly defined. Everyone in cities all across the coast help each other get back on track and restore life as they knew it. It is not an easy process, but the teamwork that each community exerts makes the job go much quicker.

In the past few weeks following Hurricane Matthew, the communities across the coast have been doing their best to clean up the storm’s monumental mess. There have been numerous foundations raising money to repair damages in the US and also to provide aid to the countries of Haiti, the Bahamas, and Cuba, who were also badly affected by the storm. The destruction of hurricanes is always heartbreaking, but the love and kindness that is spread to one another is absolutely touching. In a few short months, all will be right with the world again, but until then, the generosity and love spread throughout these trying times will surely be a beacon of hope and happiness to everyone all across America and around the world.