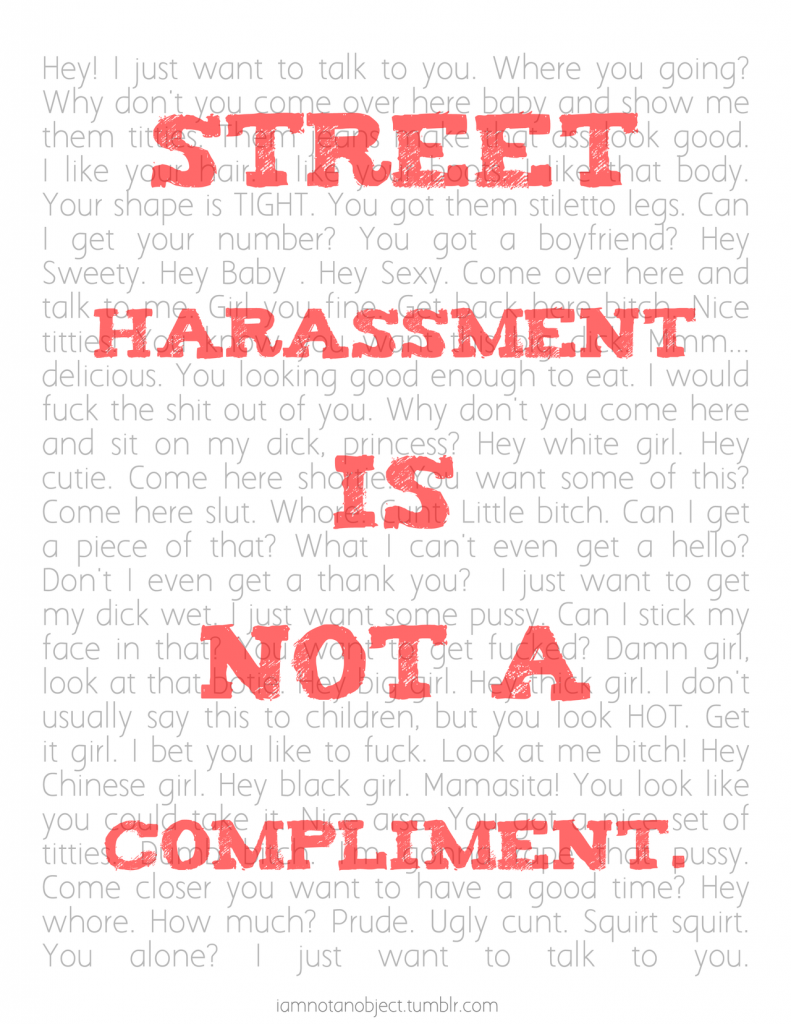 Doree Lewak of the New York Post Says ‘Catcalls Are Flattering! Deal with It’ — I Say ‘No’

I’ve been “catcalled” many times in my short life, and never once have I been flattered by it. Maybe I’ve been receiving them wrong? Maybe I’ve been getting catcalled by the wrong people? Have I been misinterpreting the intrusive hey baby’s, nice tits, and smile for daddy’s as harassment when I should have been taking them as compliments?

After those 15 seconds of sarcastic reflection, I have decided that I haven’t been interpreting anything incorrectly at all. Doree Lewak has just had a privileged experience of street harassment that the rest of us clearly haven’t experienced. Lewak enjoys the compliments given to her by random construction workers on the street on days where she looks particularly good, and she has a right to enjoy whatever attention comes her way. But to say that women should “deal” with catcalling because it’s “flattering” is irresponsible at best, and, at worst, perpetuates this inappropriate and humiliating behavior. Just because her experiences with street harassment have been positive doesn’t mean that she has power to tell the rest of us to “deal with it.”

My problem with Doree Lewak’s position on catcalling is the message it gives to other women: “My experience with catcalling is flattering, why don’t you think the same?” We’re at a pinnacle stage in teaching young women about all forms of abuse that exist in the world, from the mild to the severe. Street harassment has been a growing conversation in the past few years, finally, and traction has been gained in labeling it as legitimate harassment and abuse. While one article doesn’t bring down the house, it certainly doesn’t help keep the foundation steady.

The truth of the matter is that street harassment negatively affects the lives of many throughout the country. It ultimately causes many to feel unsafe in public places. We should not be simply “deal[ing] with it” — we should be fighting against harassment so everyone can feel equally as safe on the streets as they do in their homes.