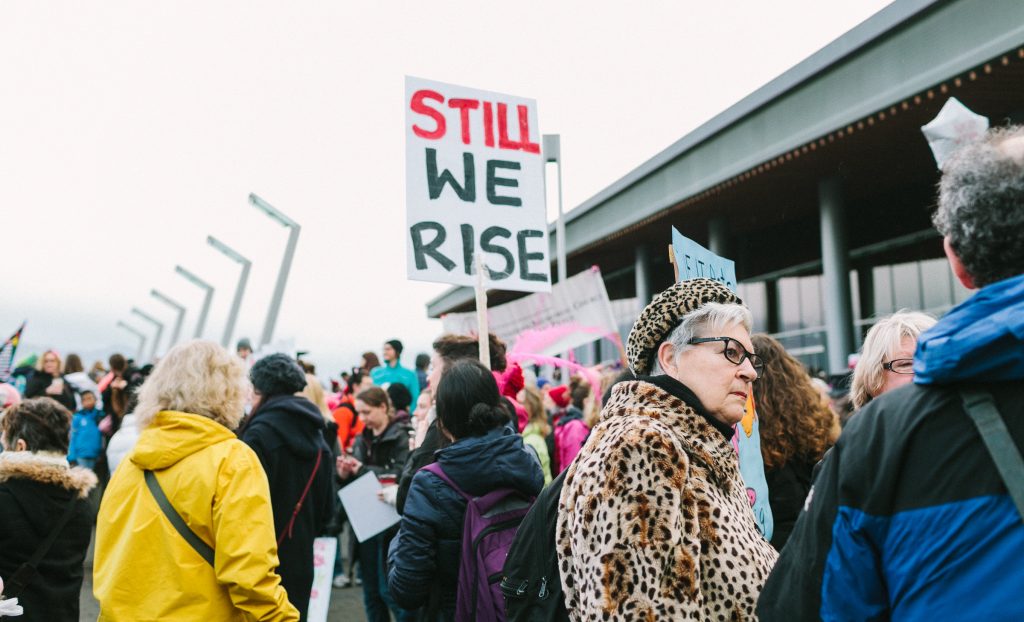 On March 8th, social media platforms exploded with posts from all around the world in support of International Women’s Day, and what a beautiful sight it was to see the Internet sprawling with pictures of women’s rights movements from the generations before us, to see the hashtag #internationalwomensday captioning almost every post, and to see not just women but men acknowledging why this day is so important.

The reason why it’s important is basically because International Women’s Day is the day that we celebrate women who kick ass. It is globally recognized as a day for celebrating the achievements of women across all areas, but, most notably, it celebrates those who have made advancements towards achieving gender equality.

Now, before I continue, let’s just zero in on those last two words: gender equality.

It’s the concept of women and men being considered equals and being treated as such. It’s all about not discriminating against someone according to their sex. And to be fair, it all sounds so… simple. But sadly, it’s not.

The harsh reality is that we are living in the year 2017. Freedom has never been so strongly supported. Both men and women can be doctors, lawyers, and CEOs. Dads can stay home and look after the kids while mum takes on the role as the main breadwinner. We should, in theory, be living happily ever after in equality with our male counterparts thanks to the women before us who fought so hard for such a luxury.

Who are these women I speak of? They’re the ones who defied social expectations and limitations. The ones who advocated for what they believed was fair, and what was right. The ones who demanded basic human rights for all, regardless of age, developmental stage, gender, ethnicity, and so on. These women were trailblazers, and this is where the role of the feminist comes into it.

For years growing up, I was completely oblivious to what a feminist was. I had no idea that there was such a thing as a wage gap or that women were historically treated differently to men. It wasn’t until I grew into a young woman that I learned the history and the value of what it is to be a feminist. And while there seems to be varying beliefs and definitions as to what feminism is and what it stands for, I like to keep it basic. I am of the opinion that feminists are those who advocate for women’s rights and for gender equality. However, how they go about advocating for this is where the area is sometimes a little grey.

Unfortunately, the modern day perception of feminism has been somewhat altered, and some, including many males, see it as a pro-women, “man-hating” culture. After hearing this from many different people, I think I may have figured out why. It seems that whilst there are so many feminists who genuinely push for equality, there are also many extremists who have jumped on the bandwagon and taken it to a somewhat fiercer level. These are the people who claim that women surpass men and that a man cannot be successful without a strong, independent woman to prop him up. Don’t get me wrong, it really is great to see a bit of #girlpower and such a strong passion for the sisterhood; however, it does lower us to the level of the population from past years who created and enforced these gender inequalities in the first place. We become guilty of that same toxic mentality: that one gender, one population is better than the other.

Let’s keep it simple. Let’s unify as feminists as we strive to be seen as equal, because surely being treated equally and fair is a basic human right… right?

Basically, it breaks down to this: Do I consider myself a feminist? Yes. I am no activist, but I have an opinion and beliefs and the courage to share them.

I believe that in advocating for the rise of women, we should not advocate for the fall of men. I believe that women and men deserve to be treated as equals in all areas: financially, socially, etc. And most of all, I believe that this gender equality is achievable and is paramount to providing a better future for the women who come after us.

So, how about you? What do you believe? Where do you stand on this?

Hopefully, by the time our next International Women’s Day rolls around, we’ll be celebrating the extinction of the pay gap and many other disparities against women.

But until then, keep up the good work, ladies & gents. Those sassy feminist posts won’t write themselves.