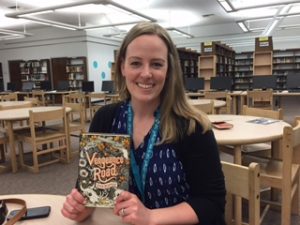 Erin Bowman is the author of the Taken trilogy as well as the novel Vengeance Road. Bowman writes tales filled with adventure, action, romance, and plenty of characters seeking revenge. From the desert of a western town to the dystopian society known as Claysoot, Bowman has a diverse voice in the YA genre and exposes teens to the power of society and to the importance of trust and loyalty.

What inspired your creation of the world of Claysoot presented in the Taken series?

That story actually came to me with the character first, so Gray kind of waltzed into my head. He was fearing his eighteenth birthday, which I thought was kind of bizarre. Like all writers, we’re crazy. We hear these little voices in our heads. But when he was fearing his eighteenth birthday, that made me [ask] “why?” The entire trilogy was born in these “what if” questions.

How was writing a dystopian thriller like Taken different from that of writing a western revenge tale like Vengeance Road?

They are super, super different. Vengeance Road is a western, revenge story. There’s no magic or paranormal [aspect]; it’s straight up historical fiction, and that’s the type of story I loved as a kid. It was always a type of story I wanted to write in novel form. They are totally different, but one thread that all of my books have in common is that they usually have some sort of action-adventure and survival [elements in them].

Do any of the characters in either the Taken trilogy or Vengeance Road reflect aspects of yourself or your personality?

I don’t relate much to Kate from Vengeance Road, but I find her very inspiring. She’s a girl growing up in a man’s world, and she is so feisty. And I don’t have that; I wish I had that confidence. I don’t base my characters off anyone in particular, but I take pieces of people I know or some of the aspects of my relationships with people and weave them into my books. Gray and Blaine, the brothers in Taken, [have a] sibling dynamic that is very much inspired by my relationship with my sister. I am more like Blaine, in the sense that I am a peacemaker, and I don’t like confrontation. My sister is much more of “I’ll tell you what I think,” and there are pros and cons to both of those personalities. We are both very different from either of those characters, but the way we interact [is] channeled into those books. I probably relate the most to Blaine.

What books, movies, or television series have influenced your writing the most?

I will say I started watching Battlestar Galactica for the first time while I was writing the third book, and all of a sudden the forgeries to me became even creepier because of the idea, [like] the Cylons in Battlestar, you don’t know who is a copy and who’s not. I really upped the stakes and made the forgeries even creepier in the third book, and I kind of channeled that in. But I think everything I watch ends up inspiring me in some ways because I’m always dissecting story telling.

When not writing, what activities do you enjoy?

Well, right now I have an eighteen-month-old daughter, so when I’m not writing, all of my activities are baby things. I also really like to be outdoors; we usually do a lot of camping and hiking. Of course, reading, which is a cheat answer. But that’s what I do all winter long when it’s cold and freezing.

Do you have an all-time favorite book?

That’s like asking someone to choose their favorite child. I’m a big fan of the Harry Potter books, I really love The Book Thief,  and then a book that I don’t think gets enough love called The Book of Lost Things.

Have you always seen yourself as a writer?

I’ve always been a writer; I’ve been writing since I was very little. I had the dream of being a writer, but it never felt achievable. So for me, the whole experience of becoming a published writer has been very surreal. I went to school for web design because writing seemed like such a far off thing. I worked in web design before I started writing. I put it all to use still.

What advice do you have for people who are hoping to become writers in the near future? 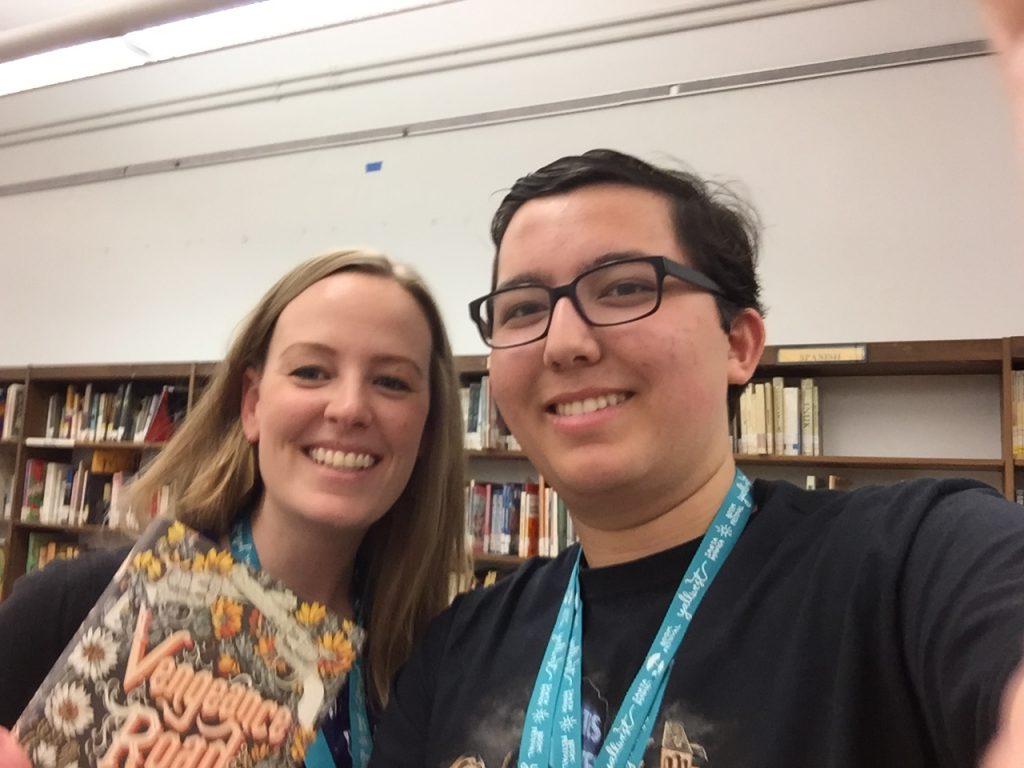 Always read a lot. It’s kind of like, Duh, but some people are like, “I want to write,” but then don’t read a ton. That’s where it starts; the more books you read, the more you dissect different types of story telling, and you find out what you like and don’t like as a reader. That’s what’s going to help you figure out who you want to be as a writer. And then another big thing is to get feedback. Everything takes revision and takes rounds and rounds of polishing to make it stronger. So, it’s really important to have someone you trust help you see the things you can’t see in your own work. And if you’re really young, it could be a teacher or a librarian. It could be a friend who also writes. For me now, it’s my other author friends. Writing is revising.