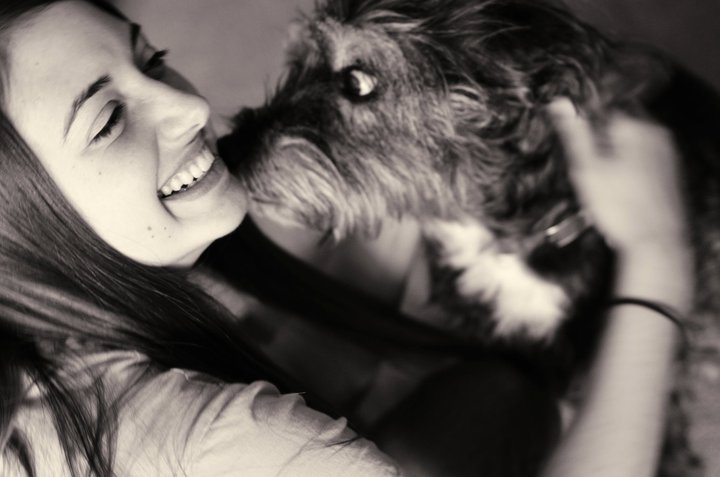 It’s been almost two years since my dog Missy’s death, and I still find myself holding back tears whenever I see a picture of her. Some of you may be thinking, “It’s a dog. Get over it.” I know there are others of you, though, that will understand and have even felt the same way.

How do you put into words the extent of your love and gratefulness for someone that has done so much for you throughout your lifetime? She was more than just a dog. She was Missy. She had her own personality. I grew up with her, and she was there for me every time I needed her. I don’t know how many times I held her as I cried, feeling like no one else was there to turn to; and, she always let me, sitting patiently as I hugged her tight and shook from my sobs.

Again, I understand that she was a dog, but she was also so much more than that. My first two years of college –– when she was still with us –– I would come home most weekends to visit my family and pets. My cat would give me the silent treatment as punishment for having left, but not Missy. She never failed to welcome me with excitement and enthusiasm.

I was at school when I found out the plan to put her down, and my roommates at the time knew that something was wrong because I was obviously upset. After I moped around the room for a few days and dodged their questions, they expressed their concern, wanting to know what was going on. I was hesitant at first, partially because I’m not good at talking about myself. Mainly, though, I thought that they might think I was upset more than the situation called for. After all, it was “just a dog.” I was worried that they might be relieved after hearing what was going on since I was acting like a tragedy had occurred. “Oh, that’s it?” or “Oh, good. I thought it was something serious,” were phrases that I expected to hear and dreaded hearing. Luckily, though, both of my roommates were compassionate animal lovers, and they did not belittle my feelings one bit. They were more understanding than I had hoped for, and I was glad that I had somebody to talk to.

You’re allowed to be upset when a pet dies –– I was inconsolable at times –– and people who have lost a close family pet will understand exactly where you’re coming from. You’re not alone in your pain.

Part of me wishes that I hadn’t been present when she was put down since I can never forget it; yet, I would do it all over again. She was always there for me, and I didn’t want her thinking that we had abandoned her. So, my parents and I were with her until her very last moment; Missy knew that she wasn’t alone.