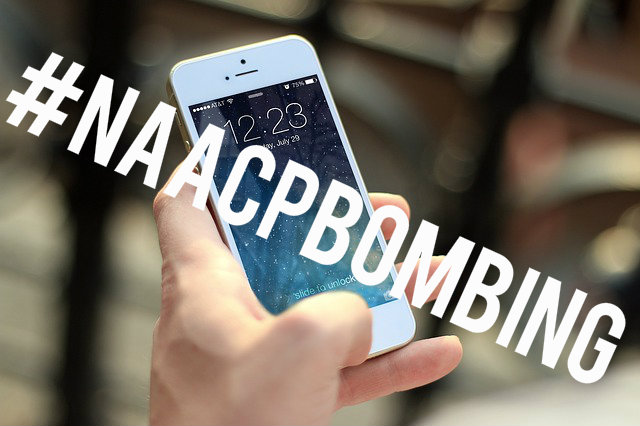 Frustrations Mount over Media Silence of the #NAACPBombing

You probably haven’t heard, but the NAACP was bombed yesterday. Why haven’t you heard? Well, because there has been a bizarre (or not-so-bizzare) amount of radio silence on behalf of the mainstream media. In fact, it appears that the only consistent source of news surrounding the investigation of the potential domestic terrorist act — that thankfully did not injure anyone — is from Twitter.

The hashtag #NAACPBombing went viral, causing many people to express their irritation over the fact that twitter was one of the first or only places they heard about the attack. While plenty of major and not-so-major events are covered with exhaustion by the media, there was an odd lack of coverage on this pretty major event. This past year was a particularly difficult one for black America; and, the fact that an African American organization of repute was attacked by what was essentially a homemade bomb makes for some pretty critical and timely news that not everyone is interested in covering.

This is a prime example of the tensions in race relations in the United States, just on the heels of the events in Ferguson and subsequent murders of black men and children like Eric Garner, Tamir Rice, and countless others. Ongoing #BlackLivesMatter campaigns and protests (like March of Millions) have gained incredible momentum through Twitter and other forms of social media. 2014 was truly a year that black America took to the Internet to galvanize change as it became apparent that mainstream media wasn’t going to tell the whole story. And now, it seems, people are worried that the same thing is happening again — this time with the seemingly intentional exclusion of a very real act of what might be domestic terrorism.

We can only hope that mainstream media will no longer continue to ignore this and other important stories like it so that all communities can rest in the knowledge that their issues are being heard.