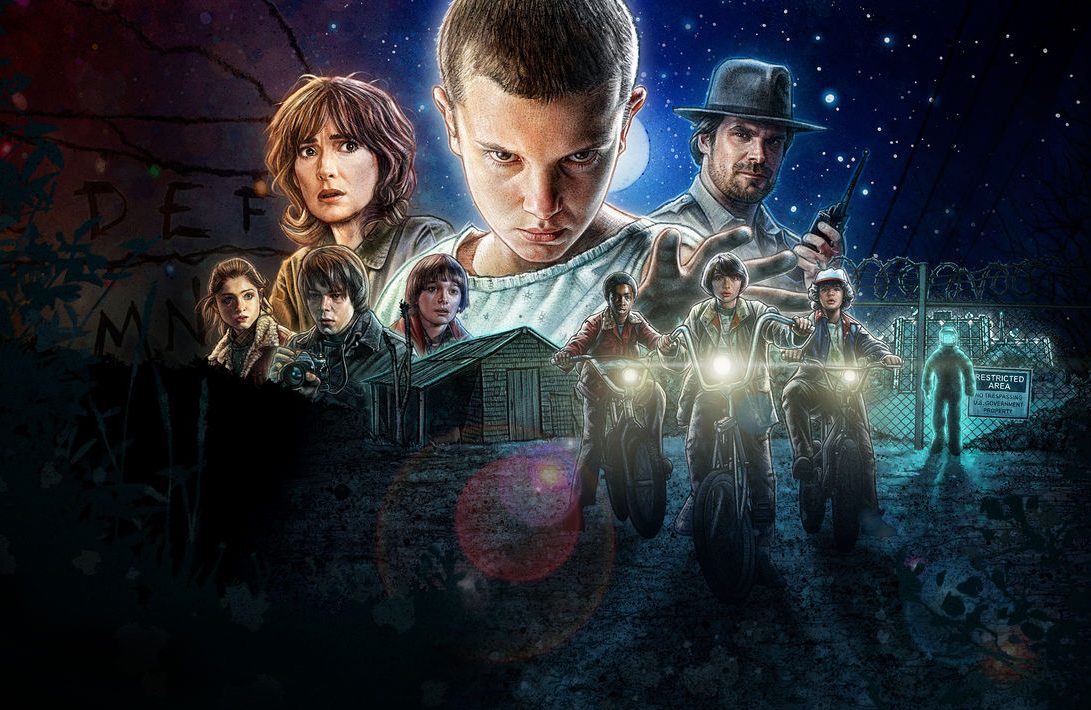 It’s October, which means the season of Halloween is upon us! For those of you who are craving some ’80s throwback, Steven Spielberg-esque, kid-starring, monster-movie fare, then Netflix’s smash hit Stranger Things is the show for you!

Starring a handful of mostly unknown but unbelievably talented young actors, Stranger Things centers around a town called Hawkins, Indiana, where strange things begin to happen when an eleven-year-old named Will Byers (Noah Schnapp) disappears. This sends his family and friends scrambling to find him, and in doing so they unintentionally uncover a massive conspiracy involving monsters and telekenesis.

I know. It sounds strange, but trust me, this show is not to be missed. Everything about it is fantastic: the writing, the throwback aesthetic, the ’80s homage, the music, etc. The best thing about it, however, is the young talent that fills the show. Will’s three best friends, Mike, Lucas, and Dustin, are played to perfection by Finn Wolfhard, Gaten Matarazzo, and Caleb McLaughlin. Millie Bobby Brown indisputably shines as the mysterious Eleven, a young girl who befriends the boys after she escapes a lab that exploited her telekinesis for nefarious purposes.

There are enough twists and turns that I don’t want to say more about the plot beyond that it’s amazing and you all need to jump on this bandwagon immediately. Plus, this is the perfect time to do so since Halloween is just around the corner. So, your mission, should you choose to accept it, is to snuggle up in front of the television/computer screen with your fall beverage of choice and binge Stranger Things on Netflix.

Let us know what you think about it below!