Lauren Horowitz: Evolution of a Girl-Beast 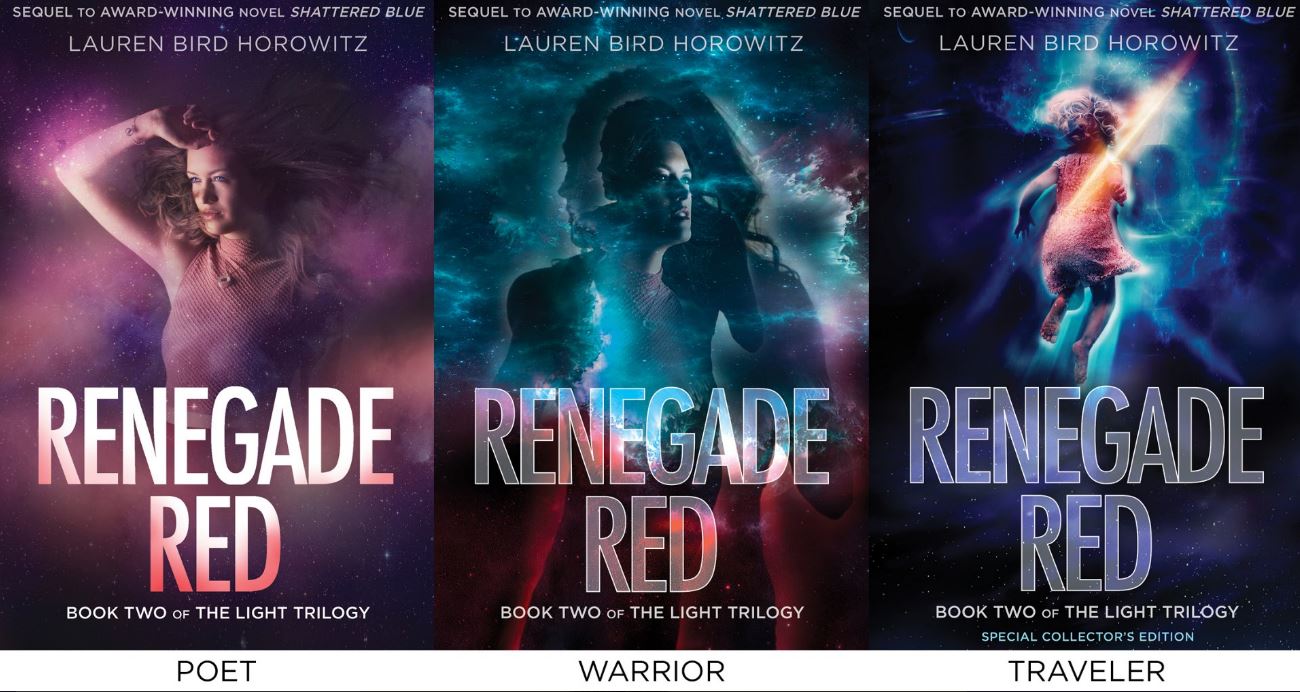 Girl-Beast wake and wail with me
Pack your wounds with rocks and mud
Let growls rip betwixt your teeth
Be killer, hunter, fighter, thief,
Give no mercy, no relief,
Spill truth with flesh and blood!

When you choose to be an artist, you know, going in, you will have to be many scary things: Open. Vulnerable. Sensitive. Raw. You know you will have to strip off your masks, your clothes, your skin; throw all protection to the wind and get naked with “the truth”—your pain, your emotions, and all those hidden scars that still burn so much to touch. Why? To show your audience that they—with their inexplicable emotions, their hidden, seething scars—are not alone with their feelings, their secrets, their pain. You take off your armor to shine light beneath theirs. 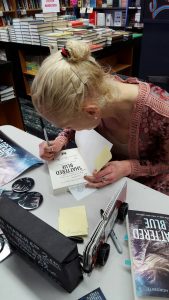 Imagine my surprise, then, when in my first series of novels, The Light Trilogy, I discovered that my writer-self—that vulnerable, raw, skinless wonder—was not some weak, frightened vole, but a Girl-Beast. A creature naked with feelings but pulsing with strength. Real, herself—and unafraid. Weirdly, my heroine Noa— a high-school girl who is a secret poet, only just learning to share her words with the world—discovered it first, inside the story. I, the writer, came stumbling after. Noa is on a journey to become both poet and warrior, guided by incredible, fighting “Girl-Beast” women. I am, too.

Girl-Beasts, you see, run in packs. Even on the loneliest night, we are a part of a litter, a flight, a brood—and Renegade Red is nothing if not a novel birthed by rebellious women. It started with my words, but soon another fanged female joined the fray: Zoe Cope, badass visual artist who gave physical shape to my words. Zoe first created a capsule jewelry line for Shattered Blue, the first novel in The Light Trilogy, and brought to life magical pieces from the story so readers could touch and hold them in their hands. But with Renegade Red, we really became a pack when by firelight we wondered: what if…

Electric imagination exploded between us, each Girl-Beast feeding and fueling the other: photoshoots in the Portland wilderness, pink smoke and flour bombs, a Wonderland of images, thoughts, innovation. And at every turn, we hit resistance from the establishment: it’s never been done, it’s never been done—but we were Girl-Beasts on a tear, and we fought for our vision. And we triumphed: Renegade Red comes in three covers—Poet, Warrior, and Traveler—and only when we finished them did we discover what we’d done. The covers capture the novel and its heroine, but also us, and all girls out there:

We are Poets and Warriors. We Travel to new worlds without fear.

Zoe and I know it, feel it—the power in being fierce while raw, sensitive, and strong. It has become our call. On both the Shattered Blue book tour and the upcoming Renegade Red book tour, we travel as a pack, not just to bookstores, but to schools, to awaken students to the light inside them—and its primal power. We speak to students, call to other Girl-Beasts growing up: the quiet ones, the scared ones, girls and boys. Kids who don’t know they have a song inside them and the fangs to fight for it. Kids who don’t realize their voices are important, and it is okay to fight, to call, to be seen.

To be vulnerable. To be fierce.

To open their jaws wide and howl—and hear the wolves of the world—as their pack— howl back.

Nomad girls are Lost Ones too,
With leaves at foot and crown;
They too seek shelter in the trees,
Drink Red and Gold and Brown.
Their circlets made of steam and rain,
Their lashes powdered ash,
They’re firelight, they’re fox’s kill,
They’re blood and sweat and scratch.
Lost Boys fly forever, and crow the rising sun.
They play all day in Neverland, their laughter mermaid-spun.
But Lost Girls live underground:
They steal from hole to hole.
The drink the shadows, wear the night,
And paint their cheeks with coal.
And when the wind turns colder,
They split a doe and climb inside.
Still-warm sinew
wraps their hands,
Dead muscle soaks the light.
You’ll never tell what’s girl, what’s beast,
Once bloody fur’s been trussed—
So think your happy thoughts, Lost Boy,
Wish on your Fairy Dust. 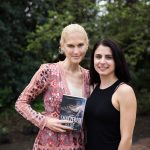 Lauren Horowitz, screenwriter and novelist, has won an enthusiastic following for her innovative, lyrical poetic voice. Her debut novel, Shattered Blue: Book One of The Light Trilogy, won the 2016 Independent Publishers’ (IPPY) Silver Medal for Young Adult Fiction, as well as Finalist honors in the 2016 USA Book Awards for  Best New Fiction and Best New Fantasy, the 2016 Next Generation Indie Book Awards for Best Young Adult Fiction, and the 2016 International Book Award for Best Fantasy.