Nude bras and hosiery are staples in every woman’s wardrobe. However, when we think of nude undergarments, only one color comes to mind: a light tan or peach color, a color that resembles the Caucasian skin tone. However, shouldn’t “nude” resemble the color of all possible skin tones? After all, it’s called nude because it’s supposed to be one’s bare skin. So if nude is supposed to represent one’s skin, why is it only widely manufactured in that one singular Caucasian skin tone?

These are the questions that Nubian Skin Founder Ade Hassan asked herself. Frustrated by the lack of access to nude undergarments that were her own shade of nude — and inspired by Eunice W. Johnson and supermodel Iman, who created Fashion Fair and Iman Cosmetics — Ade Hassan set out to create her company: Nubian Skin. Nubian Skin is a lingerie and hosiery line with the goal of creating “a different kind of nude” for women of color. 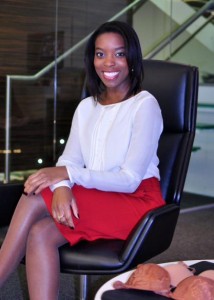 The London-based company ships to all locations, selling their underwear globally to all women of color. Undergarments that match your skin tone are something that every woman needs in her wardrobe and are something that all women should have access to. The fact that this topic is even a debate is ridiculous. After all, with all of our different skin tones, how can there only be one kind of nude?

Nubian Skin sells bras, panties, tights, and hold ups. The clothing generally comes in four colors: Berry, Cafe Au Lait, Caramel, and Cinnamon. The bra sizes range from a 30A–40D, and the available styles include strapless bras, push-up bras, normal bras, and convertible bras to give women access to everything they could possibly need. The panties include lacy panties, briefs, shorts, and thongs.

The brand’s website even provides access to their blog, where they give support to different cultures, do #WomenCrushWednesday appreciation posts for women of color, and interview street stylish women on their thoughts about Nubian Skin. The blog discusses everything from books, fitness, and travel to nails, skin care, and, of course, fashion. Nubian Skin also has a Twitter, a Facebook page, and an Instagram to keep people updated on future designs they add, on progress they’ve made, and on ways to get involved in the fight against Eurocentric beauty standards.

Ade Hassan said that while her company was created out of frustration, she doesn’t blame stores for not carrying nude undergarments for women of color. She simply pointed out that as of now, most CEO’s are middle-aged white men; so, obviously, these men are not thinking about the struggles of bras that match skin tone. It simply doesn’t occur to them. While Ade Hassan does agree that women of color still have a long way to go in making their mark not only in the fashion world but in the whole world, she applauds how far women of color have come since the 1960s.

The 30-year-old entrepreneur told HuffPost UK that “we have come forward leaps and bounds — but there is still a way to go and there’s always room for improvement.”

It’s about time someone stood up to this disease within our society. To me, it’s shocking that Nubian Skin isn’t already in all of our department stores! I applaud Ade Hassan in her boldness, intelligence, marvelous business skills, composure, and her proactive attitude to implement a change in our society. Nothing worth having ever comes easy, and no one knows that better than Ade Hassan; but, with the right amount of work and support, a change can be made.