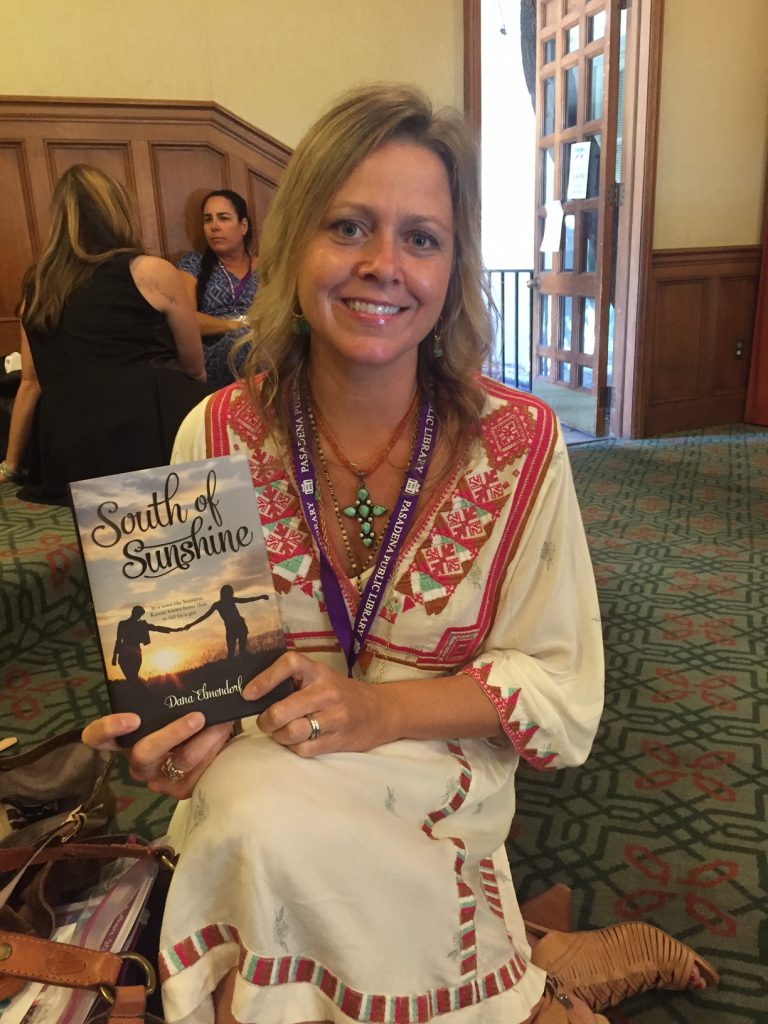 Dana Elmendorf, author of the stunning novel South of Sunshine, is someone for all fans of contemporary fiction to look out for. Her story is based in the South and is filled with with wonderful messages about acceptance, love, and leading a life worth living. Told through the perspective of a teenage girl who is coming to terms with her sexuality, South of Sunshine dares readers to do the unthinkable: declare one’s self to the world and follow your heart, despite the repercussions. Below is my Pasadena Loves Ya interview with Elmendorf about her novel, her upcoming work, and what she recommends for teen writers.

When did you first discover you wanted to write a book about two girls falling in love in a small town?

I was at SCWI conference and I had another book, and my friends said, “Hey, there’s an agent in this panel room. It’s an LGBTQ meeting, and that agent you really like is going to be in there.” I was like, “I don’t have any gay characters in my books. I feel like a fraud.” So, I went in there, and Ellen Hopkins was there. And she pointed at me and said, “Write what scares you.” So I left there thinking, No, but the characters wouldn’t stop screaming in my head and they wanted their story told.

I also had a lot of gay friends growing up in the South, and I wanted to tell their story. That was the inspiration. So I went home, and forty-five days later I finished the book.

Did you find it difficult to combine both religious themes as well as the questioning of a character’s sexuality into one novel?

I am a Christian and grew up all my life believing in one aspect of the Bible. And as I’ve aged and matured, I’ve realized there is more than one view You can’t cherry pick from the Bible; it’s not how the Bible was meant to be interpreted.

There are so many LGBTQ books where [the characters] abandon their religion. I didn’t want [Kaycee] to abandon her religion; I wanted her to hold tight to her love for God. For me, I wanted her to see the Bible as something that could lift her up, not tear her down.

How similar are you to your main character, Kaycee Jean McCoy?

I am just as insecure as she is. That insecurity, that wanting to [please people]. I am also a huge history buff; I love history, and I am a history nerd. I am [also] a hopeless romantic.

Where did you find your inspiration for South of Sunshine?

I think it was that meeting. After that meeting, [I found] inspiration in a lot of stories I knew growing up; [but also], when I met my neighbors and I thought they were roommates, but they were a couple. And to this day, they are some of my dearest friends. I think it went back to meeting them, and when I started writing Kaycee’s story, I went back to their friendship and their love.

What has been your best/funniest moment as an author?

You always want to say when you hold your book; I love holding my book. But recently I gave away an annotated copy of the book. For me, that was the most fun to do.

What has been the best or most memorable response to your book you have gotten from a fan or reader?

I had a girl who tweeted me. She was a lesbian teenager in the South, and she said, “Oh my God! I just finished your book and it was so beautiful.” She [also] said, “It’s like you took my life and plucked it out of a hat and wrote about it.

That is just one of several tweets I have gotten from teens, and I’m like, “Okay, I did a good job.” That is the most humbling thing and [so] emotional.

If you could live as any literary character for a day, which would it be? 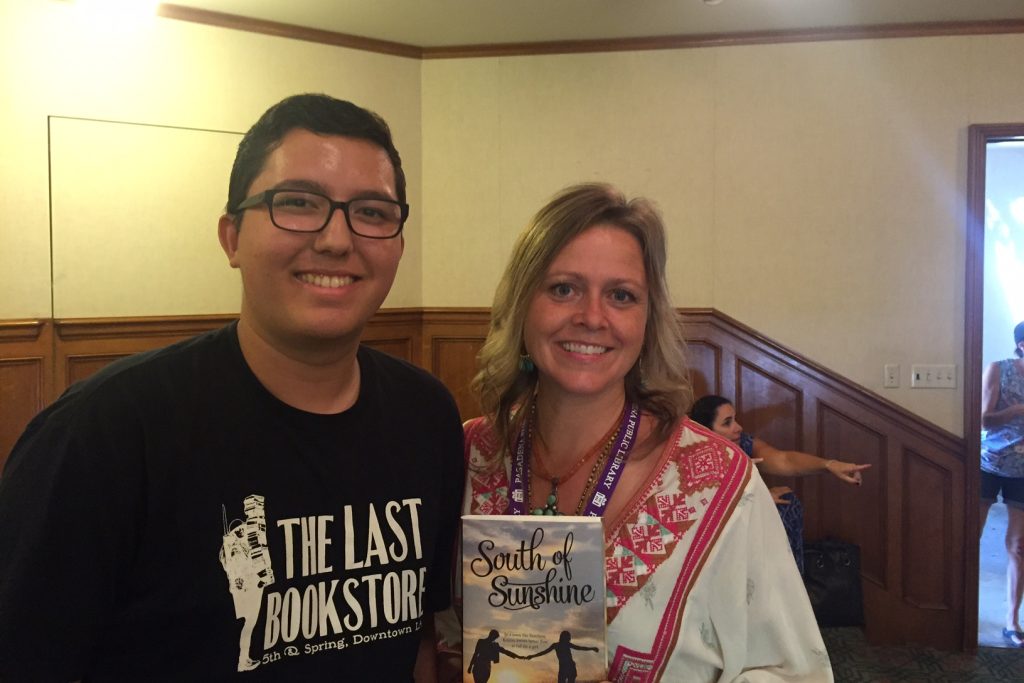 What’s your go-to song (while writing or on the go)?

It changes with whatever the manuscript is. But I will have to say, right now for the book I’m writing, the song is Gloria Estefan’s “Conga.” [This song] is specific to a scene that is the whole premise of my book. So I go to that song when I’m looking for inspiration.

Are you currently working on another novel? If so, what details can you share with readers?

Yes, I am working on another novel. We haven’t sold it to my publisher yet, but they are very interested in it, so hopefully we get it. It is about a teenage girl who has been born in New Mexico in this small town off of Route 66. And like a lot of towns off of Route 66, they slowly and surely become ghost towns. So, she buys a drive in theatre to bring back the town so it doesn’t become a ghost town.

Finally, what advice do you have for teen writers?

Don’t stop. Just keep writing. Finish [your] novel and keep going. It’s a tough business, and you can’t get your feelings hurt. Perseverance is your number one tool.