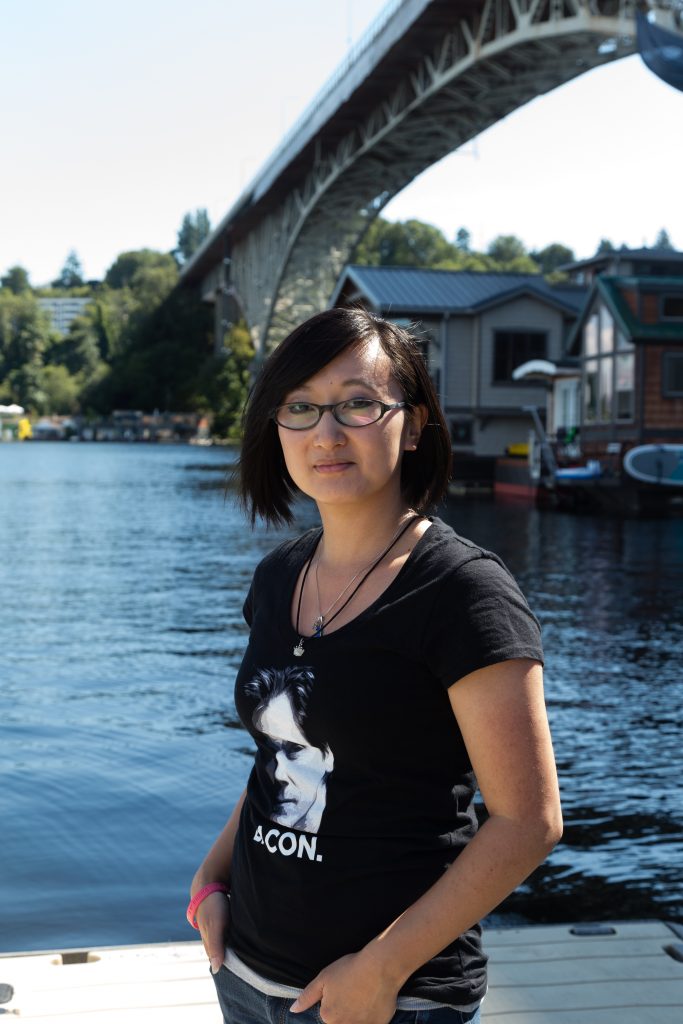 Teen Read Week is here, and I had the pleasure of interviewing Kendare Blake, author of the Three Dark Crowns series. Kendare Blake has authored several book series, and she generously shared her expertise and knowledge of the inner workings of writing as well as the journey her writing has taken her on. Make sure to follow our Instagram for a chance to win copies of her books Three Dark Crowns and One Dark Throne in our Teen Read Week Giveaway!
.

The premise behind Three Dark Crowns is fascinating. What inspired you to write it?

Bees. A whole ball of them. There was a bee ball stuck in a tree at a book event I was at in 2013, and it terrified and fascinated me. There was some fear about the event — so many bees and so many active young readers! — but a beekeeper happened to be there (what are the chances?), and she told us that in the center of the ball was a queen bee, and as long as we didn’t harass the ball, they would just stay in a ball, protecting her. Over the course of the day, I asked a lot more bee questions, and she told me that a queen bee will lay four or five queen eggs before she leaves her old hive, and when the baby queens hatch, they murder each other to decide who gets to take over. I thought that was just brutal — and wanted to do it to people.
.

How did you come up with the three sisters’ names?

The triplets were very polite, agreeable characters at that point, and they showed up with names, as good characters often do. I hate thinking of names. Every time there’s a one-off character who needs a name, a villager or a fisher, or a priestess who we’ll probably never see again…off to the baby name databases I go!
. 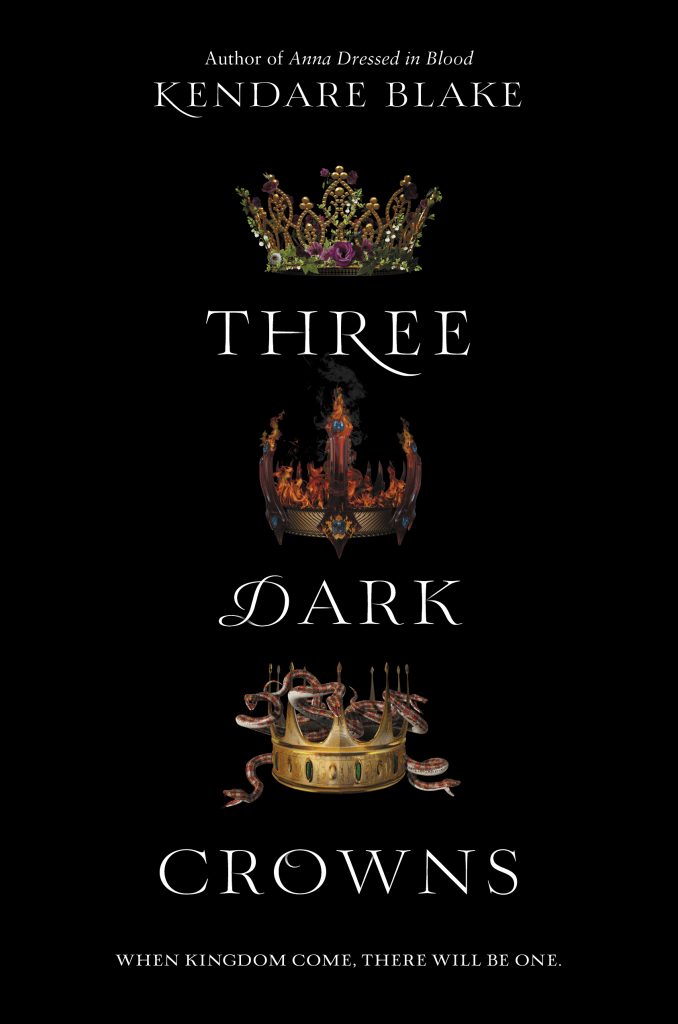 Given that the prophecy that decides each generation of triplets’ fates is a poem, are you a fan of poetry? Have you written poetry before?

I like to think of it more as a rhyme. Just a sweet little rhyme about a sort of awful thing that kids could sing along to. Like “Ring Around the Rosie.” It came to mind first, before I had written a single word of the manuscript, and I was thrilled because I’ve always loved creepy sing-song things. Ever since watching the Nightmare on Elm Street movies as a kid. And yes, I wrote terrible poetry in high school. I’ve never really studied poetry aside from the epics and can’t say I have a good understanding of it. All I know about a poem is whether or not I like it, so I would never dare write any more.
.

Everyone who has read this book has a favorite sister, but I think we’d all like to know which sister is your favorite.

I don’t have one. I thought I would, but when I sat down and wrote them, I came to understand and sympathize with them all. It’s been a blast seeing how evenly the camps are split, though, between readers. I didn’t expect that!
.

Much of this novel is meticulous worldbuilding, so how did you develop the magic of this world? How long did that initial process take?

I had the premise and characters of the novel floating around in my head for over a year by the time I sat down to write, so the basic concepts were already in place. The world seems to build naturally as the tale progresses. It expands with the writing and is still expanding.
.

You’ve authored several “darker” stories in the past, most notably Anna Dressed in Blood. What is it about horror/dark literature that draws you most?

Not a clue! I must just find dark things more interesting. I’m not one of those writers who has a wealth of great ideas to choose from; my novels tend to show up once every couple of years, and I just have to take what comes. My reading/watching tastes are broad, and I don’t actually care for horror with a ton of gore on the screen, so I can’t explain it. Though the first adult novel I ever read was Stephen King’s GERALD’S GAME (which was just superbly adapted and available on Netflix), and that was when I was about eleven, so maybe the darkness imprinted on me!
.

Three Dark Crowns has an enormous cast of characters. Is there a side character in particular that you’d like to explore more?

It might be fun to dive deeper into the dynamics of the Arrons (poisoners) as a family. Or the priestesses: High Priestess Luca and Rho. It’s the relationships that I would want to explore. How they relate to each other. How they function outside of the struggle of the queens. I don’t think I’m going to be able to do a lot of that, but it might be fun.
.

Who are your biggest literary influences? And, in that vein, your favorite author?

Literary influences…I’d have to say the authors I read first, so: Stephen King, Anne Rice, Bret Easton Ellis, Charlotte Bronte. Caitlín R. Kiernan is always teaching me something new. Angela Carter. Everyone I read has something to teach, or sometimes they remind me of things I’ve lately forgotten. And I could never choose a favorite!
.

Finally, do you have any advice for aspiring young authors?

If writing is what you’re compelled to do, then do it! Get your words on the page. And when you’re just starting out, write for the love of it. Make it joyful! Those words then are yours and only yours, a secret from the world. Enjoy that storytelling freedom, and shut out doubts and overthinking. That’s for second drafts. Third drafts. Editing. The first draft is all for you. It’s anything you want.

About the Author: Kendare Blake holds an MA in creative writing from Middlesex University in northern London. She is the author of Anna Dressed in Blood, a Cybils Awards finalist; Girl of Nightmares; Antigoddess; Mortal Gods; Ungodly; and the #1 New York Times bestselling Three Dark Crowns series. Her books have been translated into eighteen languages, have been featured on multiple best-of-year lists, and have received many regional and librarian awards. Kendare lives and writes in Kent, Washington. Visit her online at kendareblake.com.