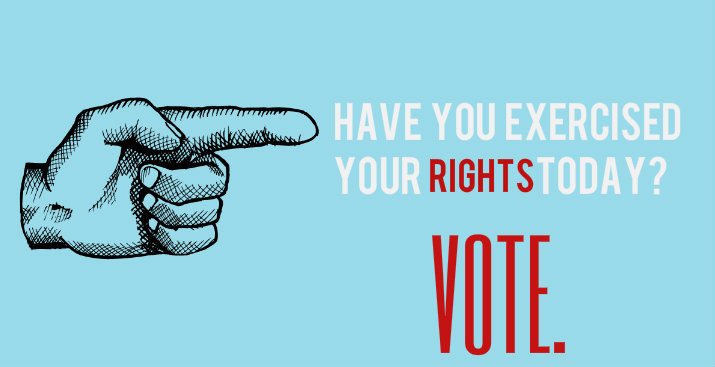 Today, I (like many of my fellow Americans) will be heading to the polls to cast my vote for the next president of the United States. However, that’s not all I will be casting my vote for.

As many of you know, this election has been unbelievably contentious and divisive. Its ripples have been felt globally, leaving most of us wondering what will happen after November 8th. The tension has been enough that a sizeable amount of American citizens are refusing to vote on principle. This, however, is a sad way to look at things.

As such, I encourage each and every one of you to consider Election Day the privilege that it is. People have tried to keep women and minorities from voting for so long, and it would be tragic to let the very real sacrifices and struggles of those who won us the right to vote go to waste.

So today, live the American dream and let your voice be heard!