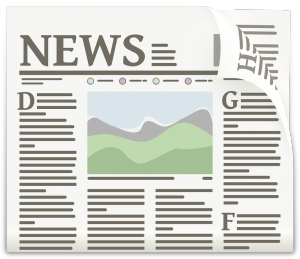 For those of you living under a rock (like me sometimes), or for those who just want something to reflect on, I have collected some news stories that affected everyone this past month. Enjoy this selection!

President Donald Trump winning the election that took place on November 8th did not just rattle the people of America. Adults and kids all over the world watched in shock as the rumored joke became reality. Trump will be the 45th President of the United States, and he begins at age 70. After the election, it was proven that young Americans voted for the opposition, Hilary Clinton, which means the over twenty-five-year-olds were the ones wanting Donald Trump. Around 50 million did not vote at all, and this may be the cause for such a surprising outcome. Trump won 290 to 232 electoral votes, and his first moves as president are yet to come.

The Quake That Shook Japan:

An estimated 6.9 scale earthquake struck just off the coast of Honshu Island, Japan, at around 0600 hours on the 21st of November. The disaster was later readjusted to a 5.6 on the scale, and tsunami warnings were dropped. This experience brought not only fear to the onlookers but also memories from a worse earthquake back in 2011. Thankfully, there were no lives lost, but fourteen were left in jeopardy after being injured badly.

An even bigger 7.8 scale earthquake hit near Christchurch on the 12th/13th of November around midnight. Three-meter tsunamis were predicted and were received. Prime Minister John Key confirmed at least two people dead from the massive earthquake’s aftermath.

Everyone’s favorite ginger prince is rumored to be dating Meghan Markle, star of the USA Network series Suits — in which she plays a paralegal named Rachel. Markle has yet to claim that the relationship is “official.”

The Rain in Spain:

A water sprout burst into the air on a coast in Valencia, Spain. It is claimed to be Spain’s worst storm since 2009, and onlookers are glad it occurred offshore.