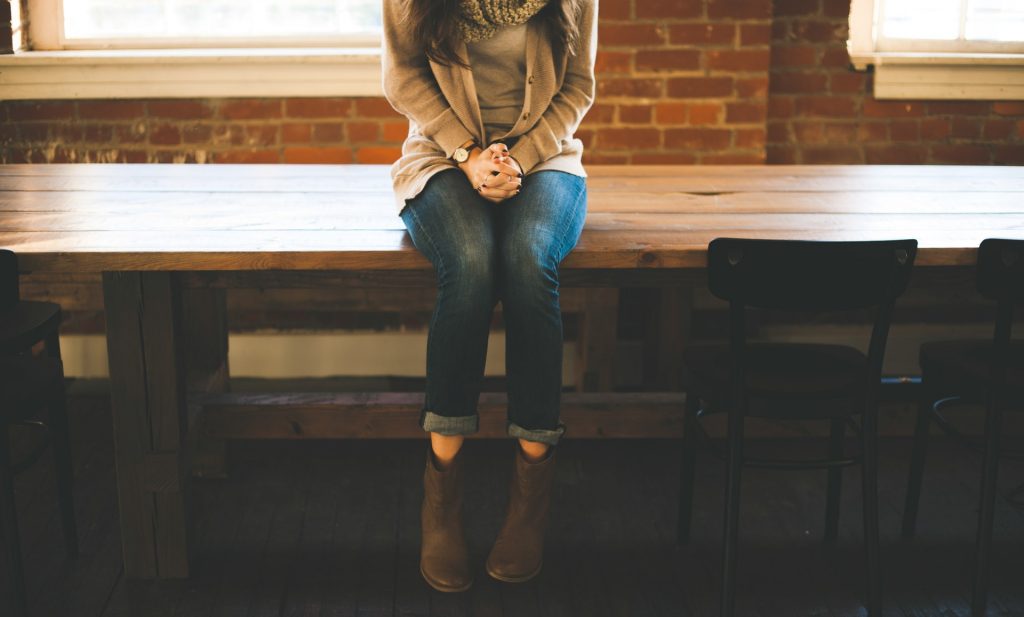 We all experience feelings of not belonging, of thinking we’re the only one standing alone at a party when everyone else is having a great time. You hope and pray that humiliating sensation will fade once you graduate high school. Surely in college or out in the working world we’ll all be members of the same club, and you’ll no longer feel like you’ve been beamed down from some alien planet.

But you know what? The only thing that changes when you graduate high school is the scenery. And those feelings of being an outsider or thinking you’re inadequate? Those stay with you — until you decide to do something about it.

I grew up in the movie culture of Los Angeles, an avid reader who wanted to be a part of getting the stories I loved splashed across the big screen. Family and friends were in the business, so it wasn’t a fantasy to imagine a career as a feature film development executive, a job that involves helping screenwriters hone their scripts to cinematic perfection. I worked my way through a no-frills state college, studied screenwriting, film, and covered hundreds of scripts for film producers. (Those book reports everyone hates doing? Imagine doing a dozen a week.)

By the time I landed my dream job, I knew I had the goods. I understood what made a script sing versus land with a thud. Dialogue was a language I spoke fluently, and I was well versed on what kinds of films the studios were looking for. I was ready for the first big meeting I took with a handful of my counterparts. And then reality hit.

That meeting was like walking into a lunchroom of cool kids, and they hadn’t saved me a seat. They were all dressed in clothing I couldn’t afford, exchanged small talk of having recently summered “on the vineyard,” and shared a laugh about their days at Yale. I was suddenly back to being the kid who’d waited tables on people like them, and their Ivy-league educations left mine in the dust.

I watched from the sidelines when the meeting started, everyone talking over each other to put forth their cultivated opinions on what scripts should be considered and why. Each one of these young executives spoke with the authority and confidence that comes from a lifetime of country club memberships, European vacations, and paying full retail. I would never fit into their world, and that realization was one of the worst moments of my life.

I endured a few more torturous meetings like that, stewing in misery and making mental lists about what other jobs I might be qualified to do. Then the day came when I was too dispirited to even do that, and I whiled away the meeting actually paying attention to what was being said. That’s when I got my next big shock.

Most of what these young Hollywood suits were saying was wrong. Had we not read the same script? Were we not discussing how to make a certain role more attractive to a specific actor who had announced he wanted to show his vulnerable side in his next role? Why had I taken their earlier opinions as gospel? As soon as I asked that last question, I had my answer: They acted important, like people accustomed to having their words matter, so I believed what they were saying was valid. What if I simply did the same thing? It was an epiphany that changed my life.

I lifted my chin and opened my mouth. My heart thudded in my chest, but if I were going to drop dead, I would do it with confidence. I made direct eye contact as I presented my ideas. When someone tried to stick by their unfounded statements, I politely but firmly explained why they were wrong. I had prepared for this meeting and spoke with authority, and the people around the table started smiling and nodding.

I must have sat in my car for twenty minutes afterward laughing through my tears. No one had ever told me I was unworthy or less deserving; I had done that all by myself. I’d almost walked away from a job I’d spent years working toward because of my own fears. To this day I still find myself in situations where I have a momentary flash of panic, thinking I don’t belong at the cool kids’ table. But then I lift my chin and open my mouth. I have yet to drop dead.

A native of Los Angeles, Kes Trester has worked in Hollywood as a feature film development executive, then later a producer and head of production. In an attempt to raise kids who could actually pick their mom out of a line up, Kes now writes full-time. Her contemporary novels for young adults are cinematic, fast-paced, and, above all, fun. Her debut novel, A Dangerous Year, follows 17-year-old Riley Collins, daughter of a U.S. Ambassador, as she takes on her toughest mission yet: high school.