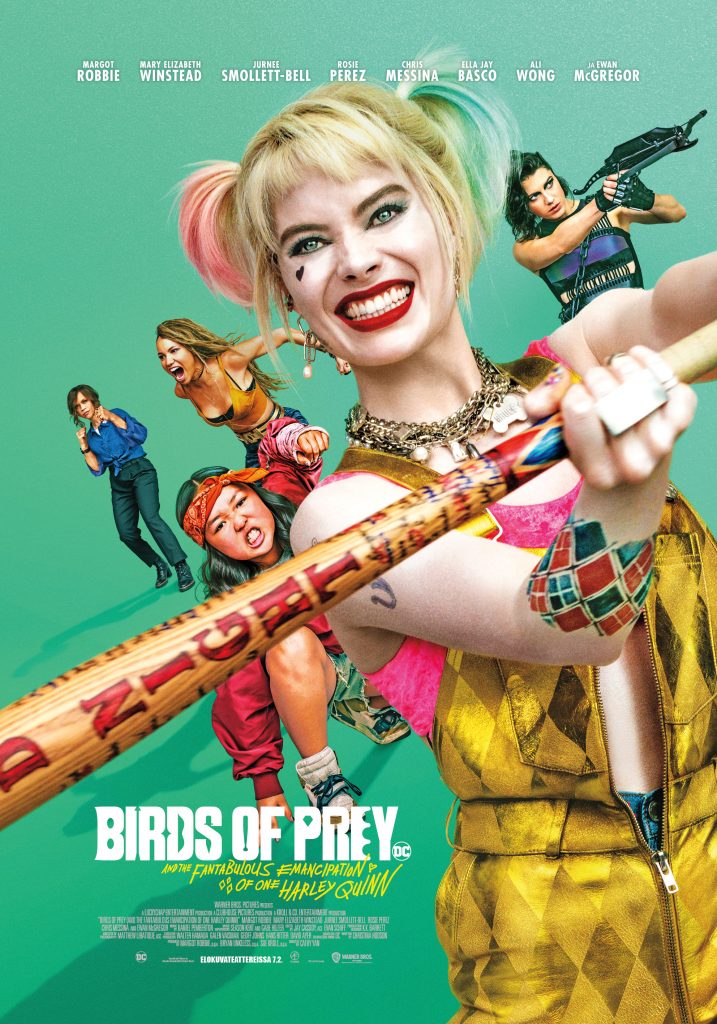 Suicide Squad was anything but impressive. With a score of 27% on Rotten Tomatoes and an overall dislike from even the most loyal DC Comics fans, Birds of Prey presented itself in the same way: audiences uncertain whether the film would remain in the murky waters of the last movies released by DC or be the one to save the franchise. Now that I have watched it, I am happy to announce that DC has made a film that is hilarious, painfully dark, and actually enjoyable. While Justice League, Green Lantern, and Suicide Squad were disappointing and forgettable, Birds of Prey’s feminist spin on the world of Batman, its dark humor, and its lovable characters bring something fresh to the screen — something worth watching.

The story begins with Harley Quinn narrating how her relationship with the Joker has deteriorated since the last film and how her life of crime has been traded for nights on the couch crying. While Harley seems to be stuck and without purpose, she soon discovers that her breakup means even more pain than she expected: Gotham is set on getting revenge. Whether it be cops, criminals, or fellow felons, Harley is on the run to redeem herself in the eyes of her biggest opponent, Roman Sionis. In order to save herself, Harley finds herself in need of salvation from the other female criminals and killers of Gotham, including Huntress (Mary Elizabeth Winstead), Black Canary (Jurnee Smollett-Bell), and Renee Montoya (Rosie Perez). Told with flashbacks and intricate backstories, all four women’s stories are intertwined and told with graphic detail and a dose of humor.

Birds of Prey was such a fun movie-going experience. There was plenty of action to keep audiences interested, a twisted sense of humor throughout, and plenty of redeeming qualities amidst the killing, drug use, and constant F-bombs. While the movie is adult-oriented and not the average super hero flick that audiences are used to from DC, I thought the movie took risks that, good or bad, showed the effort behind the movie and the innovation happening in the world of DC Comics. While there were scenes that felt unnecessary — a bit too dark or too focused on sexual assault — the movie was entertaining from start to finish and gave an intimate view into the life of Harley Quinn, a character conflicted in values and trying to survive in a world that wants to silence her, an all too real metaphor for the female experience globally.

Some may enjoy the film and some may not, but viewers can agree that Birds of Prey stands out against previous releases and follows in the footsteps of both Logan and Deadpool. A hunt for a missing diamond, a collection of female criminals fighting as vigilantes, and a world ruled by evil men, Birds of Prey touches on relatives of the world in a neon, deafening, and humorous way.