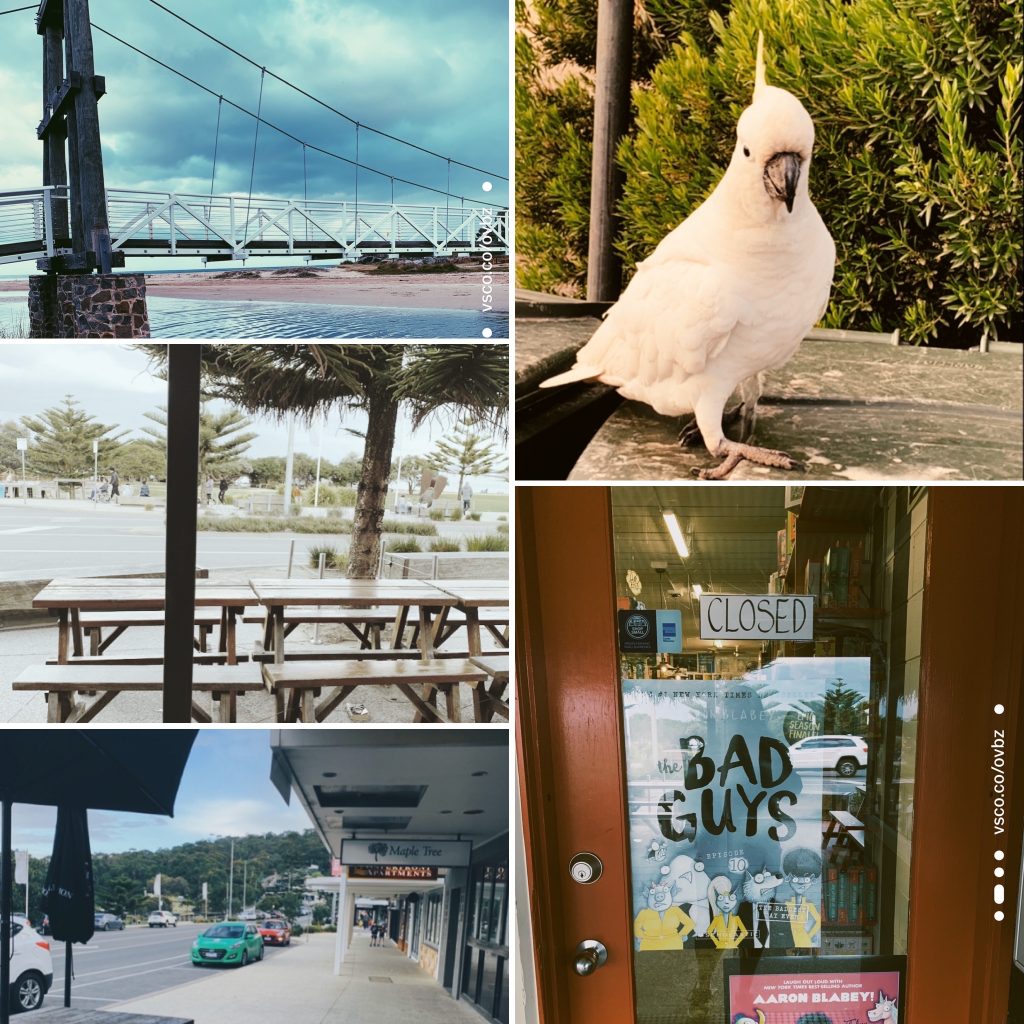 “You cheeky little monkeh,” my free-spirited British cousin would always say. She has only been here, in Melbourne, Australia, for three days to attend a family wedding, and every member of our family has somewhere to take her. We took her to one of Melbourne’s greatest tourist attractions, the Great Ocean Road. The car was packed, and I will say this once and sure will say it again: sitting on the bumper seat between your British cousin and your younger brother will always be an eventful ride.

The six-hour road trip was exhausting yet intriguing! We were intending to stay the night at a motel by the beach. We passed the daunting yet beautifully structured West Gate Bridge and sped through the rain with our clicking phone cameras working away. I was wide awake while everyone was nearly half-asleep, and my jetlagged cousin was dozing off with Spanish-playing airpods stuck inside each ear. The road trip was six hours, but we would always stop at places to eat and explore. Most people hate it when it rains during road trips, but I love it; it brings out a comfortable vibe and has a touch of uniqueness to it.

Somewhere during the middle of the six-hour trip, my brother wanted to go to the Yarra Valley chocolate factory. As soon as we got there, I basically filled every bit of storage in my stomach with free samples of chocolates! We also ate at a cafe with scrumptious servings! Too bad the 10m walk back to the car was us too busy dragging our feet, fighting the weight of the food we ate.

The Great Ocean Road completely matches its name. It is truly a great and magnificent seaside road with so much to explore! First stop: my family and I stopped by a beach with a pile of rocks reaching out to sea like a pillar. *Contemplates* I’ve forgotten how much I loved nature! I feel like the city has really drained me out. Each step on a rock I took, I went further towards the end of the rock pillar towards the most eroded rocks, where strong waves crash onto it. The scenery was indescribable to spill it out on pages! It was simply picturesque, and the sun was so close to setting on the west with the blue as crystal clear. However, what intrigued me the most was the eccentric beach-like architecture of the town. The buildings were so old yet so coloured and flourished that it was tired of being adored! Walking around the small town was like walking in ’90s Australia! Especially with the palm trees and the salty scent of the sea just running through your nostrils.

As we walked around in search of a decent place to eat, we found that many of the diners and restaurants were closed. Luckily, we found a restaurant called Apollo Surfcoast Chinese Restaurant. I had recently become a vegetarian, and the rest of my family cannot eat a single meal without the presence of meat! Whilst everyone ordered some meaty food, I ordered a stir-fried seasonal vegetable mix and fried rice with egg (no, I am not vegan). The food there was absolutely amazing. My cousin also tried to tantalise me with her meaty pork dumplings (thankfully, I resisted). By the time we got out of the restaurant, it was pitch black, and we were ready to go to our motel.

Partially due to my cousin’s jetlag — and her tendency to talk to her boyfriend and friends on the phone during London time while I was sharing the same room with her — I was up until about 1 o’clock in the morning. It seemed that both my cousin and I were night owls. We had to wake up at 7 o’clock in the morning to see the dew droplets sliding on the window outside. Then, my father and I, being the earliest ones to get ready, went for a walk around the rocky beaches. Unfortunately, I deliberately chose not to take pictures of the ravishing sun rising scenario with flocks of seagulls flying around the sunshine and splashing waves. Apparently, this was a good destination for fishing, as we met a fisherman from Geelong with his two dogs sighting some fish along the coastline of the beach.

Overall, this day was more of a road trip and adventure with the fam, and I truly appreciate the uniqueness of the town in comparison to the urban suburbs in which I live and am generally more used to. Taking time in nature and wandering through nature was truly a moment of epiphany and a memory that I will cherish.