When I first saw a dark brown line spread across the horizon, I thought that it couldn’t be real. I thought my eyes were playing tricks on me. Surely, this can’t be real.

But I was wrong.

I am Canadian, but I am very involved with politics, which means that I’ve been following the USA’s presidential race since it started. Now, I’ve got a lot to say about Donald Trump, but I don’t want to date my time talking about him. I do — however — have to mention that when he first proposed to build a wall between the US and Mexico, I laughed. I laughed. I thought that statement was humorous, that it could never be something that would happen. But I was wrong, I was so wrong. The wall isn’t something that has been proposed this year. It’s real. Since 1990, it’s been real. It’s around 3,200 kilometers, with the rest of the border covered by a “virtual wall”: cameras, sensors, radars and other technology constantly guarding it.

While we were on a facilitation training camp, around 25 participants and I went to go see this wall — pardon me — “fence.” You see, border patrol get’s very angry when you call it a wall. They insist it is a fence because you can see through it.

But as I walked along the border, I did not feel like it was a fence. I felt trapped, I felt unwanted, like there was no way out — and I was on the other side. I saw houses on the other side of the wall, thinking about what they must face every day, seeing a constant reminder that makes them feel utterly unwanted.

I kept walking. I saw these strange streaks along each and every pole. I had no idea what they were until I asked one of my facilitators. When I found out what they were, I felt my heart skip a beat. They were scuff marks. Scuff marks left by shoes as people slid down the pole. I thought to myself how desperate those people must have been to escape the life they had from Central America or Mexico, to risk everything and enter America, knowing that they would get caught (there’s a ⅖ chance that they would not get caught by border patrol). 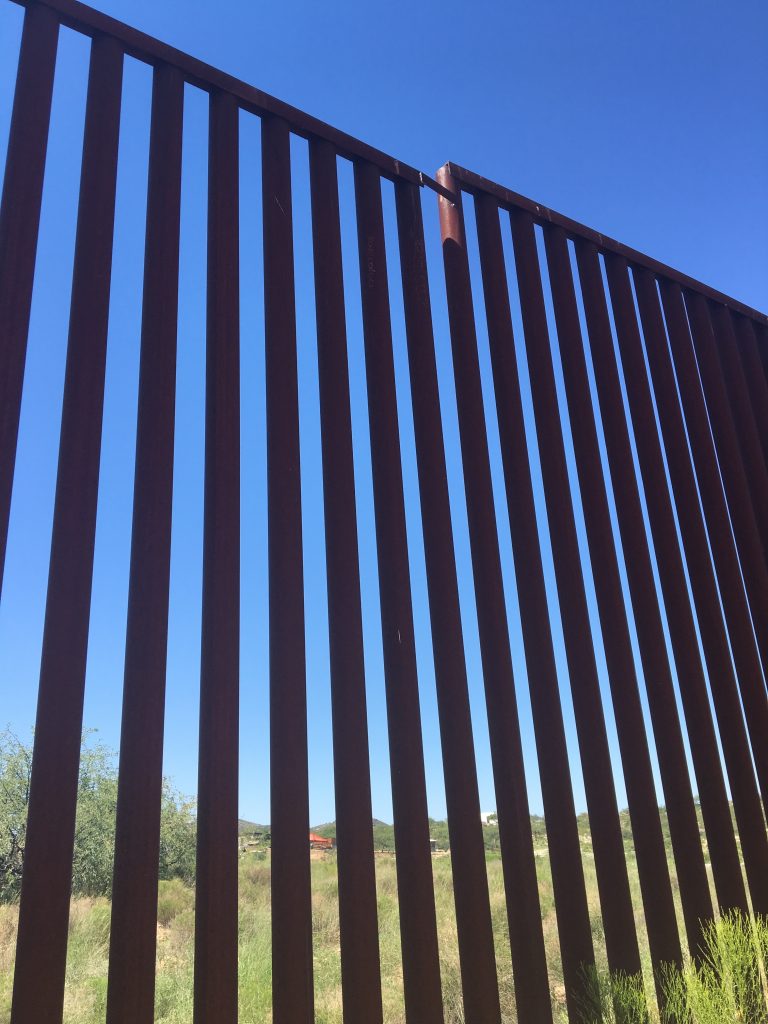 And then I saw a strange marking etched into one of the rusted poles that make up the wall. It looked like the letters “F” and “P” were attached together. I don’t know who wrote it, I don’t know why, but it must have been there for a reason. That image will always, always be burned in my eyes. 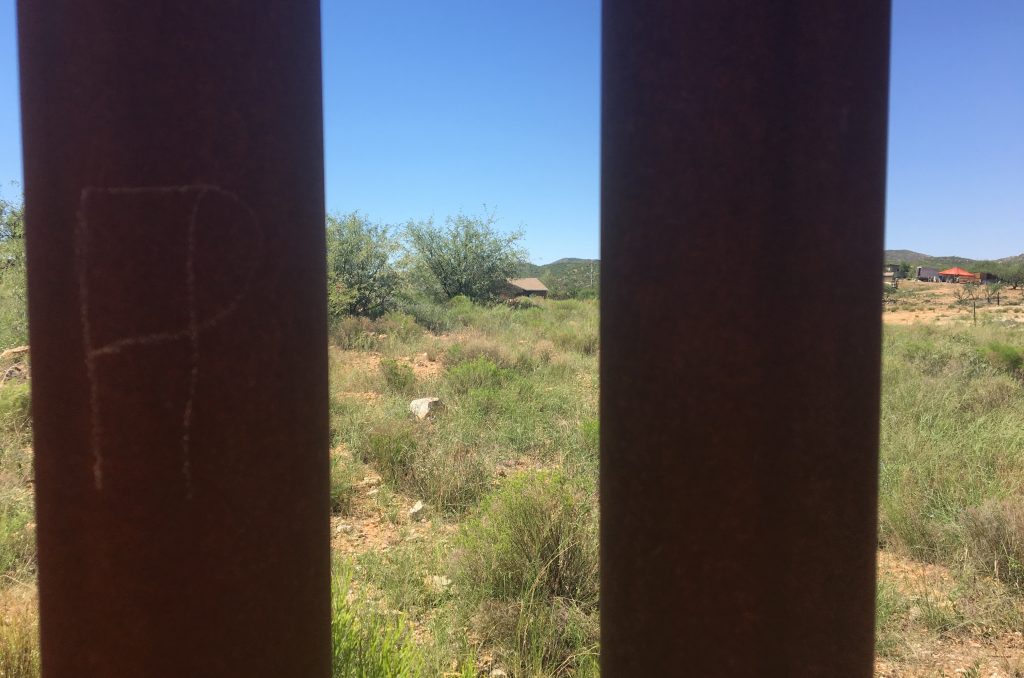 Sometimes, wandering takes you to places you’ve never been. In this case, it took me to new places inside myself. I will never forget what I’ve learned while I was in the Borderlands, and I will keep on speaking out about what I’ve learned. 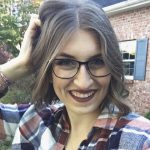 Abbey Campbell is a small town Nova Scotian girl just starting out in university, studying in Political Studies. When she doesn’t have her nose in a book, she can be seen speaking out about mental health and social justice. And if she’s not doing any of those, she’s probably thinking about her past travels and about the wonderful people she’s met through different volunteer and leadership trips. If you ever talk about Star Wars or elephants, she may or may not start shaking and crying with excitement.