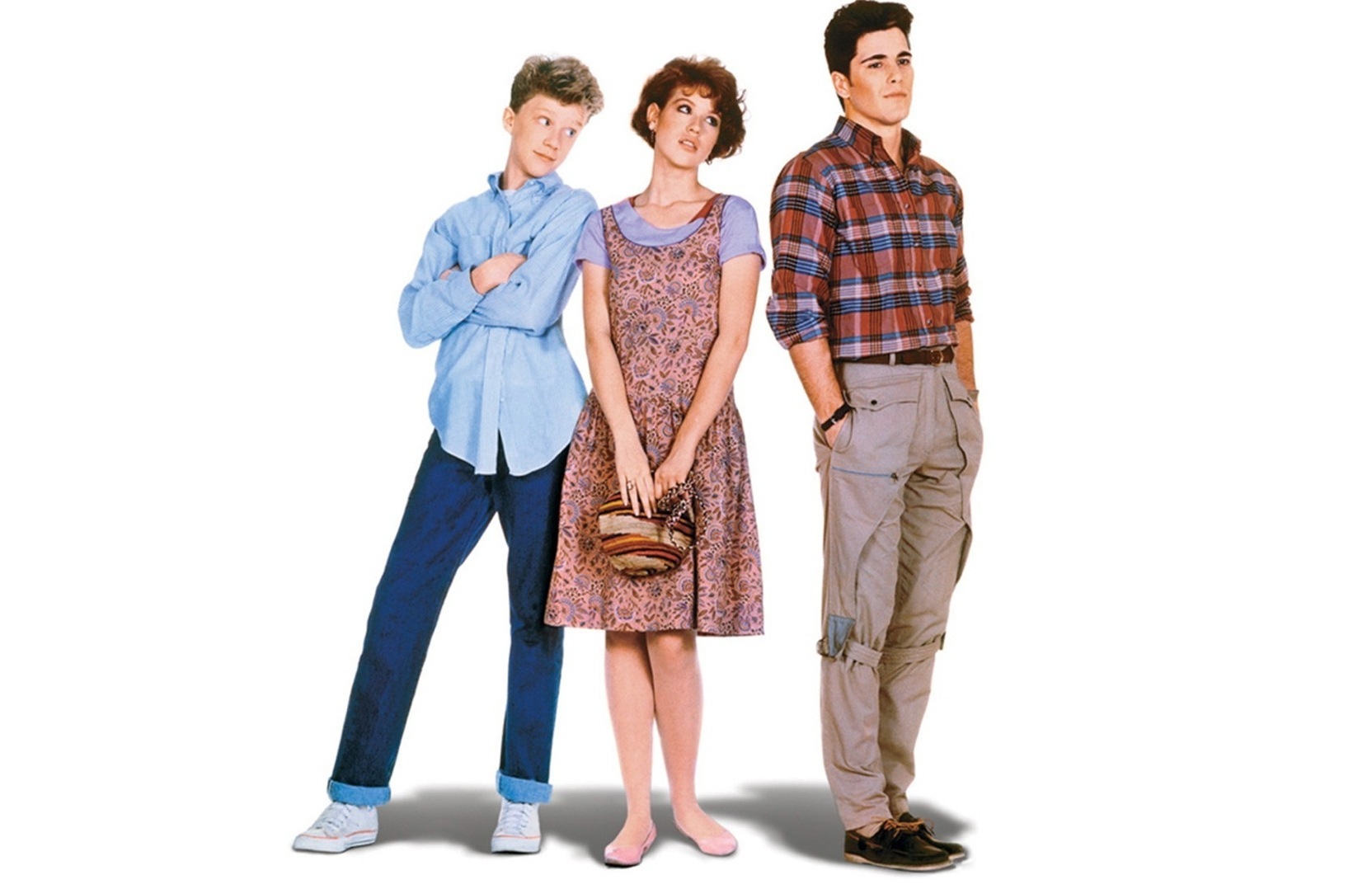 Ah, yes, it’s that time of year again. Fat cherubs are flying through the air and shooting people in the butt, young couples are discovering the true meaning of love, and Hallmark is seizing their capitalistic opportunities to exploit Valentine’s Day. Whether you’re by yourself, with a significant other, or with friends, this is the perfect time of year to enjoy a sidesplitting, tear-shedding, feel-good rom-com. So, I’ve decided to supply for you, my lovely Germ readers, a list of the best rom-coms from the ’80s, ’90s, and early 2000s.

In a time of teased hair and shoulder pads, the best romantic comedies were the following:

Molly Ringwald stars as Sam Baker, whose sixteenth birthday doesn’t seem to be shaping up to be what she had hoped. Meanwhile, she is also completely in love with the school stud, Jake Ryan (Michael Schoeffling), who doesn’t know she exists. It sounds cliché, but it’s a classic John Hughes film, which makes it a must-see.

Molly Ringwald is in, you guessed it, another John Hughes film. Here, she plays Andie, who must choose between her childhood sweetheart, Duckie (Jon Cryer), and a rich but sensitive popular boy at her school. It’s worth watching for the fashion alone.

Harry (Billy Crystal) and Sally (Meg Ryan) have been friends for years, but they must decide whether falling in love is worth risking their friendship. This one is rated R because it’s a rom-com about adults, so younger viewers be warned.

Patrick Dempsey plays the nerdy Ronald Miller, who pays the most popular girl in school, Cindy Mancini (Amanda Peterson), to pretend to go out with him.

The school slacker (John Cusack) and valedictorian fall in love the summer before college. You will laugh, you will cry, and you will watch it over and over. It’s impossible not to.

The era of grunge and ‘N Sync also has a few classic rom-coms to offer:

A hilarious, modern adaptation of Jane Austen’s Emma, this movie features a rich high school girl attempting to make the new girl at her school popular. Much like Pretty in Pink, the costumes are very much from their generation, making the film worth watching just for the clothes.

10 Things I Hate About You:

Cameron (Joseph Gordon-Levitt) tries to find a guy to date the tempestuous Kat (Julia Stiles), so that he can date her younger sister, Bianca (Larisa Oleynik). It’s a modern adaptation of Shakespeare’s The Taming of the Shrew, featuring a strong, feminist, “no B.S.” female lead and the insatiably cute Heath Ledger. What more could you ask for?

A high school jock (Freddie Prinze, Jr.) makes a bet with his friend that he can turn the artsy social outcast Laney (Rachael Leigh Cook) into their school’s prom queen.

Annie (Meg Ryan) falls in love with widower Sam Baldwin (Tom Hanks) after she hears Sam’s son speak on a radio talk show in an attempt to find his father a partner.

Although both engaged, Robbie, a wedding singer (Adam Sandler), and Julia, a waitress (Drew Barrymore), are brought together by fate and fall in love.

Some movies to watch from the era when Chad Michael Murray was the only person that mattered:

As the title suggests, the fairytale gets a modern update — with millenial teen-queen Hilary Duff as Cinderella and the man himself, Chad Michael Murray, as her prince.

A young Greek woman decides to marry a non-Greek, who her family must learn to accept. At the same time, she learns to accept her own cultural heritage and identity.

Three jaded ex-girlfriends of the same cheating boyfriend, John Tucker, come together and try to get him to fall in love with the new girl in town so that his heart can be broken. With a score of classic early 2000s music, you can’t help but love this movie.

Amanda Bynes stars as Viola in the modern adaptation of Shakespeare’s Twelfth Night. After her school disbands the girls soccer team, Viola disguises herself as her brother, sneaks into his elite boarding school, and joins his soccer team so that she can beat her school’s boys’ soccer team in revenge. In her time there, she manages to become entangled in a series of love triangles, including one of her own.

Emma Stone is Olive, an intelligent, witty, clean-cut high school student who uses the school’s rumors about her to boost her social standings — until it backfires, to say the least.

There you have it! This list is by no means exhaustive, but hopefully these suggestions help you decide what to watch this February while you hunker down and prepare for Valentine’s Day.