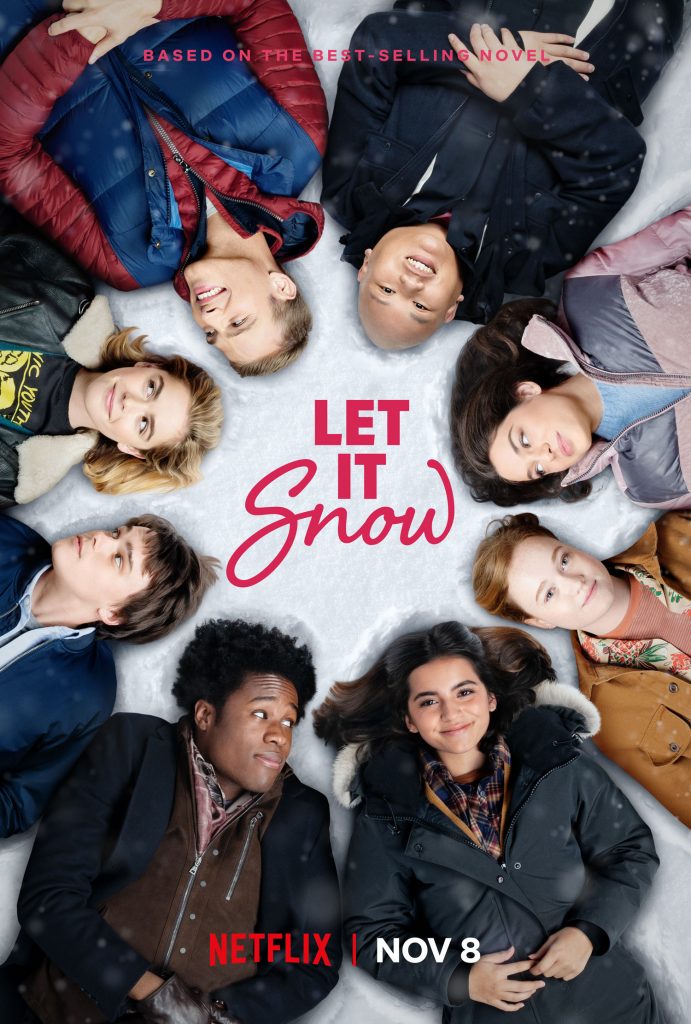 With the holiday season comes an assortment of Christmas films—a majority coming from none other than the Hallmark Channel. Yet, this season, Netflix appears to champion the genre with their most recent release, Let It Snow, based on the bestselling novel by young adult writers John Green, Lauren Myracle, and Maureen Johnson. Told with intersecting storylines, this teen Christmas story is both delightful and sugary-sweet.

Let It Snow focuses on the lives of eight teens as they struggle to be loved, find community, and authentically live out their lives during the cold, snow-filled holiday season. From the budding romance between best friends Tobin (Mitchell Hope) and Angie (Kieran Shipkah) to Dorrie’s (Liv Hewson) rejection from the girl she found a connection with, these teens are brought together on a cold Christmas Eve night not only to work on their fragile relationships but also to reconvene and find a community in the most unlikely of places. Told with a silly yet touching collection of stories, Let It Snow may be as cheesy and low-brow as the traditional Hallmark film, yet it asks bigger questions and is more inclusive than Christmas movies often are, giving both teens and their families a film that both entertains and inspires.

I am the first to critique holiday films, and, more often than not, I won’t make it past the first five minutes of any holiday film. Yet, I felt that Let It Snow was more authentic, more diverse, and more inclusive than any Christmas film I have ever seen. In this movie, which seems to be as comforting as a warm cup of coffee and as sweet as the waffles served throughout the film, audiences are given glimpses into the perspectives of African American voices, LGBTQ+ experiences, and complex family dynamics. While the plot may be just as mediocre and cheesy as the typical holiday romance, it adds unique voices and diverse romances that seem to add life and vibrancy to the novel’s original storyline. With an authentic storyline that is impossible not to swoon for, Let It Snow surpassed expectations and put a chip in my harsh dislike of Christmas movies.

A causal encounter with a celebrity, serving waffles to your secret crush, and struggling to come to terms with your feelings for your very best friend—each scenario adding to the angst and fun of adolescence that is on display in Let It Snow. While not a classic like Love, Actually and not quite as charming as Home Alone, this YA adaptation entertains, embraces the wonder of the holidays, and dares audiences to pursue love, no matter the obstacles.