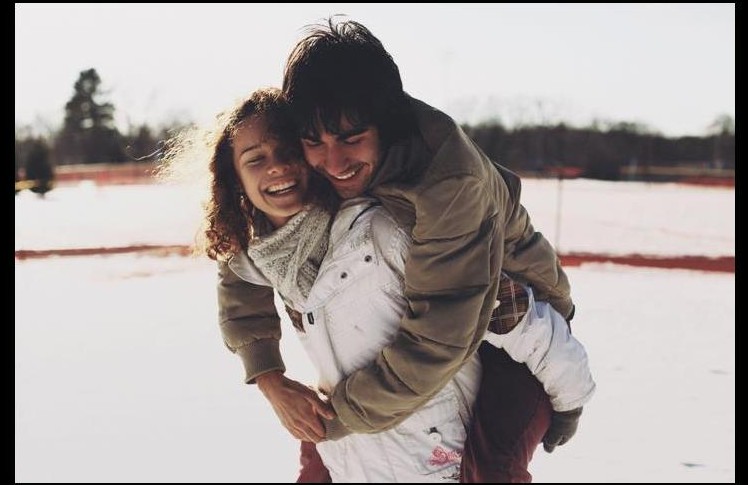 You once walked around for two weeks with a broken hand
calling it a sprain, before I could convince you

to go to the campus infirmary. You returned with a faulty grin
and an entire cast of you told me so’s in its cracks.

Not long after the bone healed you second degree branded
your love for me, because you were being sweet

When my days dragged on like a child’s blanket,
you knew to do your signature wiggle dance,

was a pendulum swinging metronome
keeping a steady tempo to the beat of my laughter.

And if I could not sleep, you’d transform your darkened bedroom
with stories so that we were both reliving your childhood adventures

running through the woods with your cousins
until I was finally tired enough to dream in your arms.

Let’s not forget the first time you took me home to meet your family;
it was Thanksgiving, our first as a couple and I was excited

because you were the only boy to ever take me home,
but all everyone kept asking about was your ex-girlfriend.

Your idea of romance could range anywhere from turning on
a sweet jazz song, pulling me close and slow dancing in your bedroom,

to wandering around Walmart at midnight or watching anime.
Although, in your defense, anime is awesome.

I could laugh for days at your country accent that tickled my city ears,
the southern hospitality in you would sometimes lend an extra syllable to

words, stretching desk and swim out wide to lounge on your lips,
and in between my fits of giggles

It was true.
And a momma’s boy.

And stubborn.
And prone to injury.

And you loved me.
And love in real life is always better than television.

Except maybe anime.
Anime is awesome.

Talicha J. is an American Poet, Spoken Word Artist and Aspiring Novelist. In 2010 she was a member of the Respect Da Mic Slam team based in Charlotte, NC. Earlier this year she released her debut poetry album, In the Making. Talicha also competed on a national level for the first time at the Women of the World Poetry Slam and the Individual World Poetry Slam this year, ranking among the top 40 and top 30 respectively. She is currently working on her debut book of poetry and planning her first American tour. Her work has appeared in Four Quarters Magazine, Concrete Generation Magazine, and Boston Poetry Magazine.

2 thoughts on “Reasons Why Loving You Was More Entertaining Than Watching Prime Time Television by Talicha J.”