Marijuana is having its long-awaited legal day in the sun with the legalization of the drug in Colorado. Specialty shops have sprung up with eager entrepreneurs peddling their product inside of chocolate, baked goods, and other items. The packaging is slick and boutique-like in some stores, and where there is money to be made, there will be more offerings as the years go on. 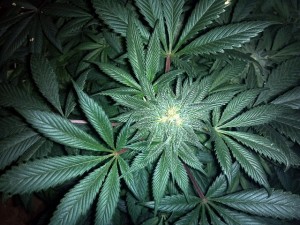 While most people experience a form of relaxation, a “chilled out” feeling, there are some users of marijuana that become very altered and begin experiencing hallucinations. Everyone’s brain responds differently to different substances, and marijuana is no exception. It is a drug. It is not a dash of cinnamon in your tea or a sprinkling of cocoa in your coffee. It is a drug. The potential danger with what is happening in Colorado is that the legalization of marijuana promotes the idea that this is just another substance that is safe to be consumed across the board. This blanket assumption is a mistake.

The National Institute on Drug Abuse has found that if used regularly in adolescence, pot can alter the brain’s neuronal connections. Those are the things that tell different parts of your brain how to interact with each other, kind of like your brain’s information superhighway. Some studies have indicated a long-term loss of IQ when pot is used regularly by teens. Loss of motivation and loss of enjoyment of life has also been found in long-term pot users.

What is most disturbing is the effect that pot use has on those with a pre-disposition for schizophrenia. Approximately 3.5 million people are diagnosed with schizophrenia in the United States. That’s a lot of people who are particularly vulnerable to the effects that marijuana has on the brain. Studies have shown that pot use can lead to the expression of mental illness in those genetically vulnerable to disorders such as schizophrenia, and — because we cannot know who among us is genetically predisposed to this disorder without genetic testing — there is a real risk that some people are seriously damaging their brains and future health. And while having a mental illness does not make you more likely to commit a crime, adding a powerful hallucinogenic substance to someone whose brain is already prone to hallucinations can be a tragic combination for both the individual and those in a close proximity.

What’s more, marijuana is also a gateway drug. Because it can seem mild at first, it often makes one comfortable with drug use, which can then lead to further experimentation with stronger drugs like heroin. The lifestyle becomes about feeding the addiction, and more and more is needed to get the same high.

Recreational use of marijuana is not as benign as the purveyors in Colorado would like you to think, especially among those who are 25 or younger because their brains are still developing. While medicinal use of marijuana for patients with glaucoma and cancer and other health problems is a beneficial use of the drug, the casual use of a true drug that can potentially harm the brain is hardly beneficial. Pot is not coffee — although caffeine is a stimulant, a much milder way to alter one’s brain than with a hallucinogen.

Why not enjoy life as it is instead of altering yourself? If stressed, go for a run. If bored, go out with friends and do something. Create something. Invest in yourself instead of adding to some drug pusher’s profits because that’s what they are doing in Colorado: legally pushing a hallucinogenic drug.

You are wonderful as you are. You do not need some substance to alter you, beautiful you.