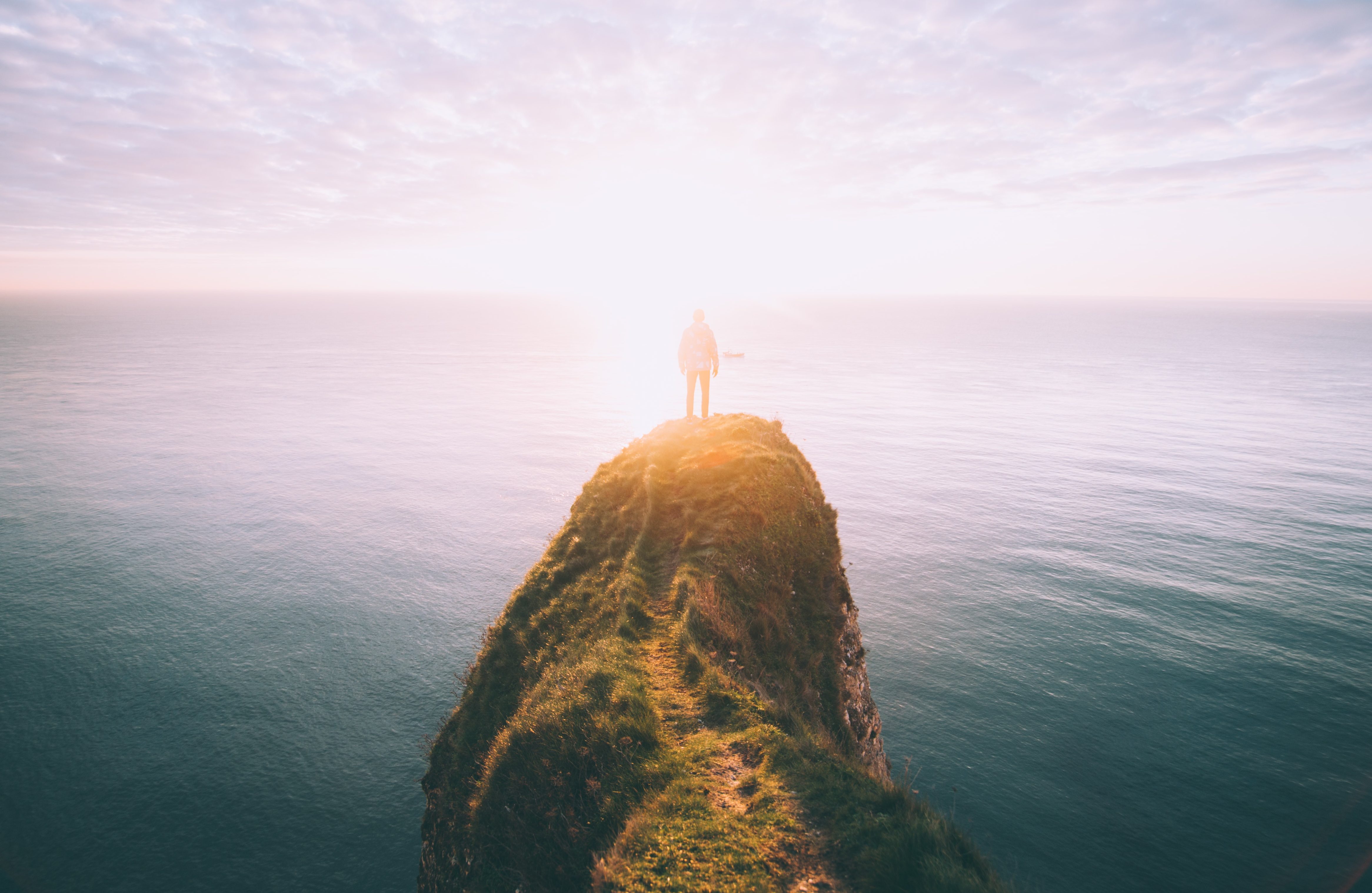 Sometimes, when I look up at the sky, I can see the people who live there. They smile at me and wave, so of course I wave back; it would be rude not to. However, I haven’t yet been able to learn their names. I can tell that they are trying to tell me, with big hand gestures and mouths moving like the opera singers I see on television, as if by making the words bigger they think they will fall faster to my ears.

Then again, maybe they aren’t trying to tell me their names. Maybe they truly are an opera, clothed in billows of white lace and masked in the porcelain skin of the stage. And I, I am a little old lady sitting in the red velvet balcony with my rhinestoned opera glasses, having forgotten to turn on my hearing aids.

Hearing only the faint buzz of the voices being thrown out from the stage, it’s easy to mistake the melody for the grinding of waves against sand, and so maybe I am a mermaid. An ethereally beautiful creature who spends her days luring men to sea with a voice smoother than any silk, moulding their minds so that they can no longer feel the fear that the waves of a storm have thrown over the side railing of their ship.

If I think really hard, maybe I can become a sailor too. Maybe I am a pirate who sails the seas of a movie set — commanding my crew of loyal landlubbers in a courageous quest for long lost treasure. Not truly lost, though, because if it were really lost then no one would know it was there in the first place, and if the treasure isn’t lost, then maybe I am.

Maybe I’m an explorer lost deep in the jungle with only a compass and my memory to guide me back to base, separated from my team after a flash from our camera awakened a sleeping lion. I am the lone survivor — having sprinted faster than an Olympian for Olympic gold.

But maybe I really am an Olympian. Maybe I am the fastest man alive, and I am standing on the highest block of the podium, my lips moving to the melody of an anthem that now has new meaning. My words, to the audience, resemble those of an opera singer that they used to watch on television, and they smile and wave at me not because it would be rude not to, but because I am a hero. Am I a hero?

Maybe I am, but then again maybe I’m not. Maybe I’m just me, and maybe that’s all I’ll ever be — because around here, that’s all anybody ever is.

When I was in the first grade, my class had to put together presentations on what we wanted to be when we grew up. The other kids all had ‘normal’ aspirations. They wanted to be doctors, and veterinarians, and teachers, and other justifiable professions that would make any parent glow with pride — “Just like their father” they’d say, or “What a smart choice; it pays well.” Tell any parent that their child wants to be a lawyer, and they light right up; tell them their child wants to be a superhero, and they laugh. “Someone’s been reading too many comic books,” they say, and they brush it off as something cute to tell their friends about when you’re in your twenties and working full-time as an accountant. When you’re a kid, they don’t take you seriously unless what you say is what they want to hear.

If you still think superhero is a viable option in the fourth grade — that’s when they start to question your sanity.

When I announced on the first day of fourth grade that I wanted to be a superhero, they told me to grow up. My teacher laughed and asked me what I really wanted to be, and when my answer stayed the same, I watched the laughter slide from her face onto the floor and mold itself into a look I would come to know all too well in the years to come. “Alex?” she said, as she turned to the boy sitting next to me — her eyes pleading for a “normal” answer — and was satisfied with his answer of surgeon. After that day, I became a photocopy. Whenever anybody asked me what I wanted to be when I grew up, I told them I wanted to be a surgeon.

My affliction for choosing careers starting with the letter ‘s’ — the same letter that happens to reside at the beginning of my name, Sam — earned me the title of “Sam the Superhero” from kindergarten to grade four, and then from fourth grade onwards the label of “Sam the Surgeon.” The names were cute when I was younger, but at 16, they’re starting to resemble the bubble letter headlines floating over the stories in my favourite comic books.

16 years seems like such a long time if you look at it on a calendar, but looking at my life now, you’d never know it. In my 16 years I’ve learned the art of passing time; projecting the invisible films of my thoughts onto whitewashed walls, finding faces in the swollen clouds that drift into our section of the sky — so I can’t tell you all about the amazing things I’ve done. I’ve lived a remarkably unremarkable life.

My parents and I have lived in the same quaint, red brick bungalow with the handpainted yellow shutters, on the same pin straight gravel street, in the same tiny town, all my life. I went to daycare up the road at my Aunt Joan’s house until I was three with all of the other one to three year olds in the area, and then moved on to kindergarten at the local school — we only have one. I took the same classes, with the same mundane group of people all through elementary school and into high school as well. When I was 14, I got my first job at the town’s post office delivering the local newspaper. To tell you the truth, I don’t know why anybody bothers reading it, because nothing exciting ever happens around here. Ever. That is, until she showed up. The new librarian, that is.

From the minute she opened her mouth, it was as if someone had hit a mute button on the rest of the world. All ears tuned in to hear the words that she would slowly weave out in front of her, creating a tapestry with colours that I never even knew existed. She wove pictures of cities where night never fell, and where the sun only showed up to work when it felt like it. Pictures of purple fields that danced to the songs of the wind, and of burnt countrysides the colour of tomato soup. She strung those pictures with traces of a life that no one from around here could ever have imagined; traces of adventure, and of actually living. I wanted to fold her words into the pages of a book so that I could always have them with me; so that in my tiny, grey world I could always explore a new page and escape for at least a little while. Because once you’ve tasted the vastness of the world it’s impossible not to want more. I wanted more, and she was the only person who could give it to me.

Every day when the final bell echoed its way through the halls, I became a gazelle — syncing my strides with the chaotic rhythm of a tired stampede, letting them guide me through the twisted checkerboard hallways of high school to the doors of the school library. There, I would listen to her tales for hours on end.

She herself was a story, vibrant and rich — an enigma that I hadn’t known I was looking for until she was standing right in front of me. She proved to me that while “superhero” may not be a viable career option, becoming a storyteller is ten times more powerful. Having the ability to fly people across the world and back again within a matter of minutes, show them sights beyond the boundaries of anything they could ever have imagined — that is the most beautiful superpower in existence.

Now, you can call me Sam, the Storyteller. It’s nice to meet you.

“Have I ever told you the story, of the people in the sky?”