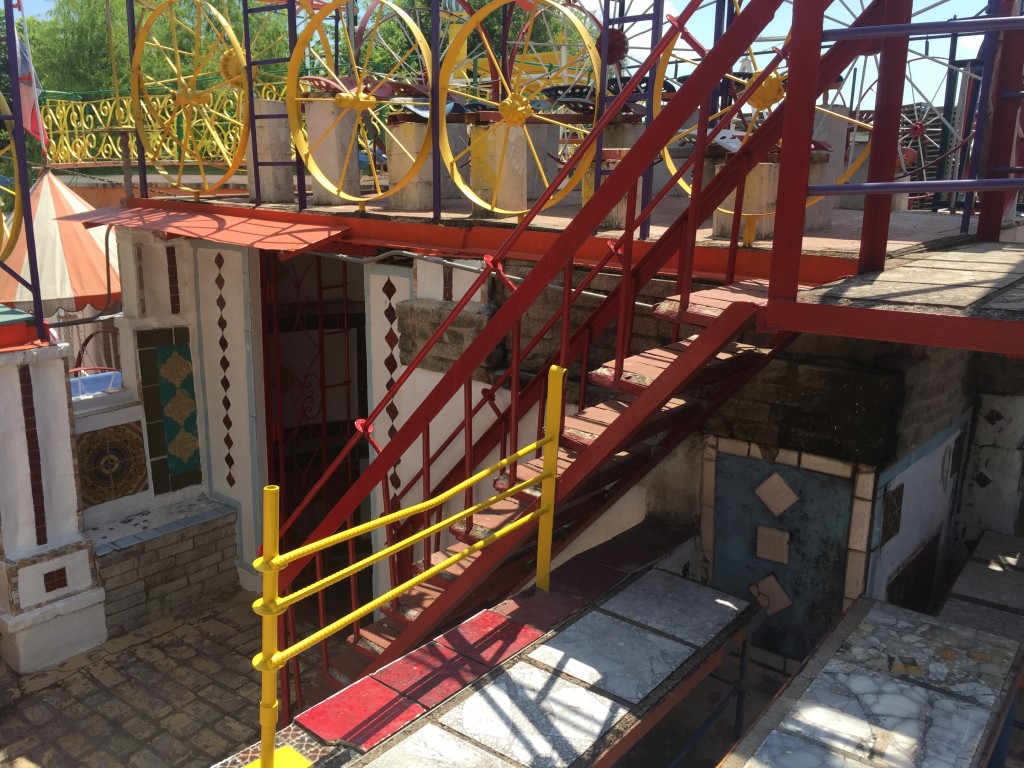 I have been sitting here for 15 minutes, and I still have no idea where to even begin. Very few times in my life have I truthfully been able to say that something is indescribable. The Orange Show, however, is proving to be just that. Though this will inevitably come off as confusing and bizarre, let me attempt to explain…

Jeff McKissack lived in Houston in the late 1940s as a postal worker. He spent a great deal of his time transporting oranges. He grew to idealize the fruit and described it as the “perfect food.” McKissack was quite an eccentric man who seemed full of different ideas and projects. At different points in his life he had plans for a tree nursery, a worm farm, and a beauty parlor, none of which reached lasting realization. The Orange Show was his one surviving idea that has since become a Houston attraction.

McKissack considered himself neither a builder nor an artist. He fancied himself an inventor, and The Orange Show was his greatest invention, which grew out of McKissack’s dream to build the world’s
best juicer. The Orange Show is a large topsy-turvy structure filled with random winding paths, mosaics, statues, mobiles, a well, and an amphitheater. McKissack spent over twenty years building The Orange Show using found objects and his very singular perspective.

I had read about The Orange Show a few times before, but this was the first time that I had ever visited it. I went when it first opened in the morning when no one else was there. I spent about forty minutes exploring it, constantly finding new details and surprises. Never in my 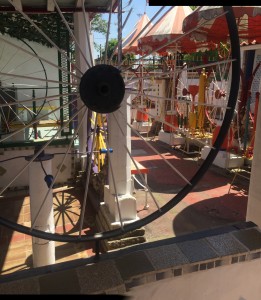 life have Iseen something even remotely similar. McKissack must have had one of the most original minds because his creation represents such an unusual perspective and passion. Visiting The Orange Show was almost overwhelming. There were so many different things to look at and examine. I kept finding more paths that would lead to new rooftops or corners that I had not yet seen. The Orange Show just goes on and on.

There is not really any rhyme or reason to The Orange Show. I am still struggling to make sense of it. McKissack had such a unique and specific vision that it is probably impossible for viewers to see exactly what he saw. Nevertheless, the whimsy and wonder of The Orange Show is truly awe-inspiring. I dare you to visit it and come back with a clear explanation. 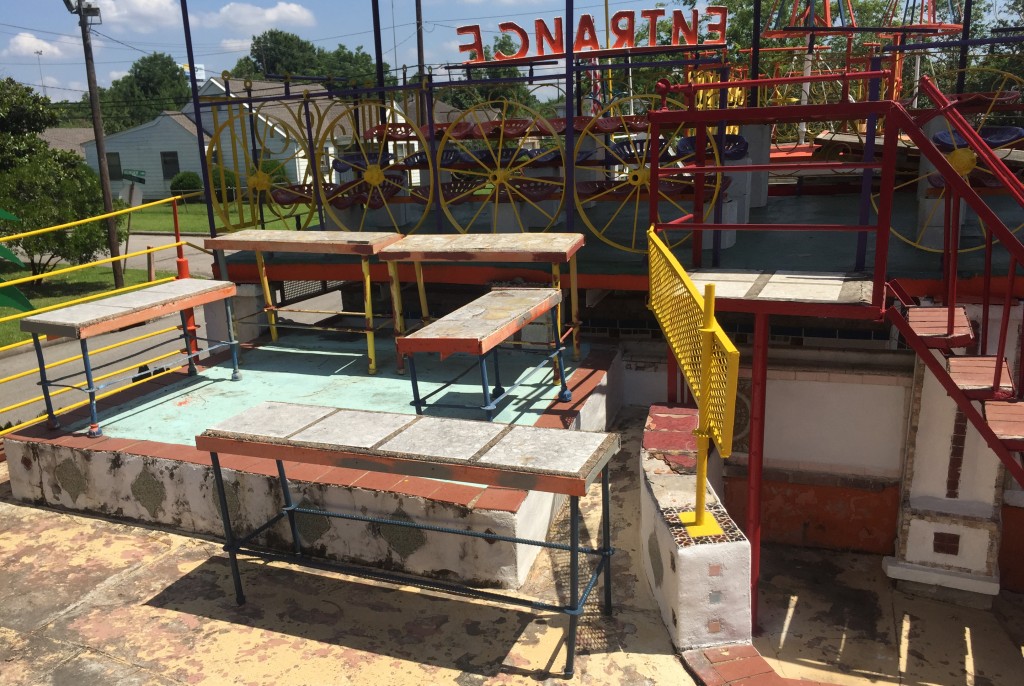 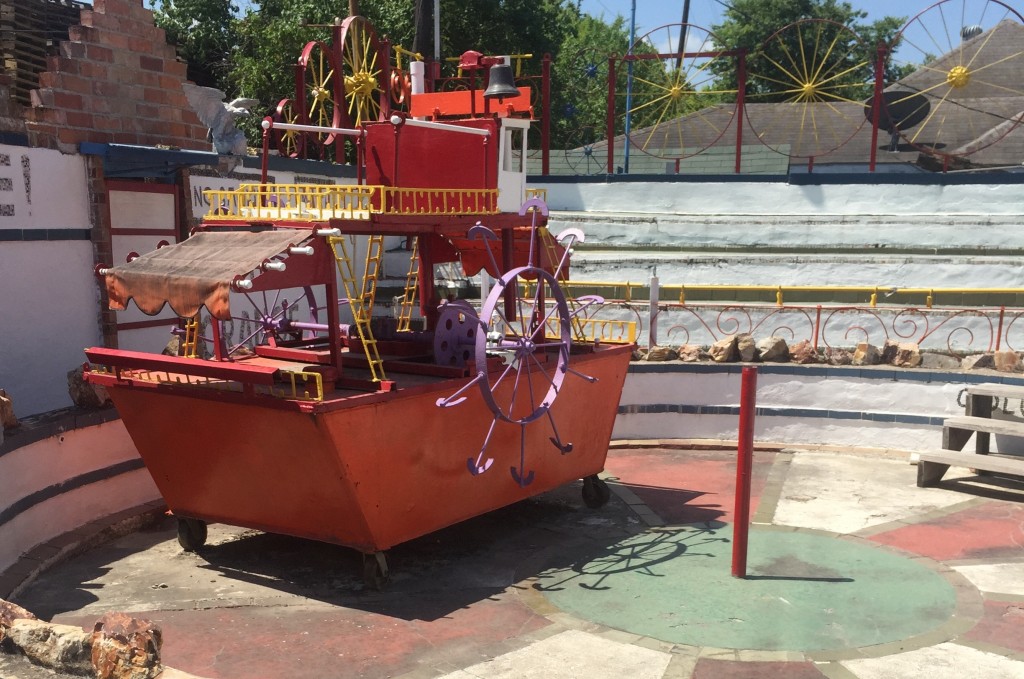 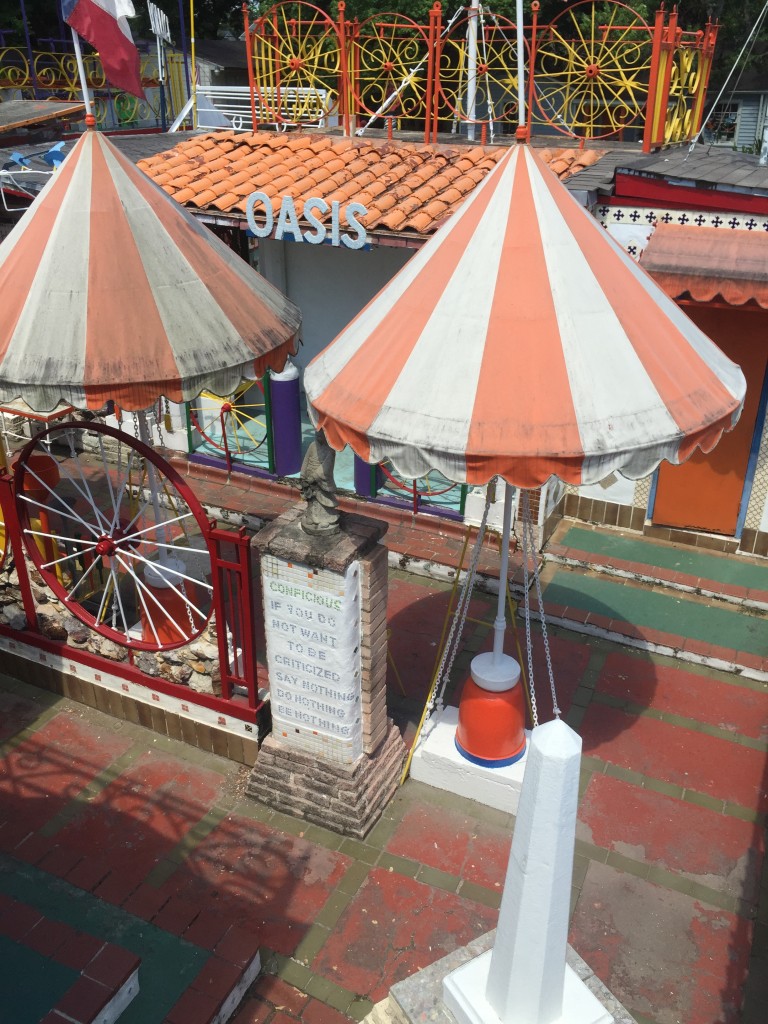 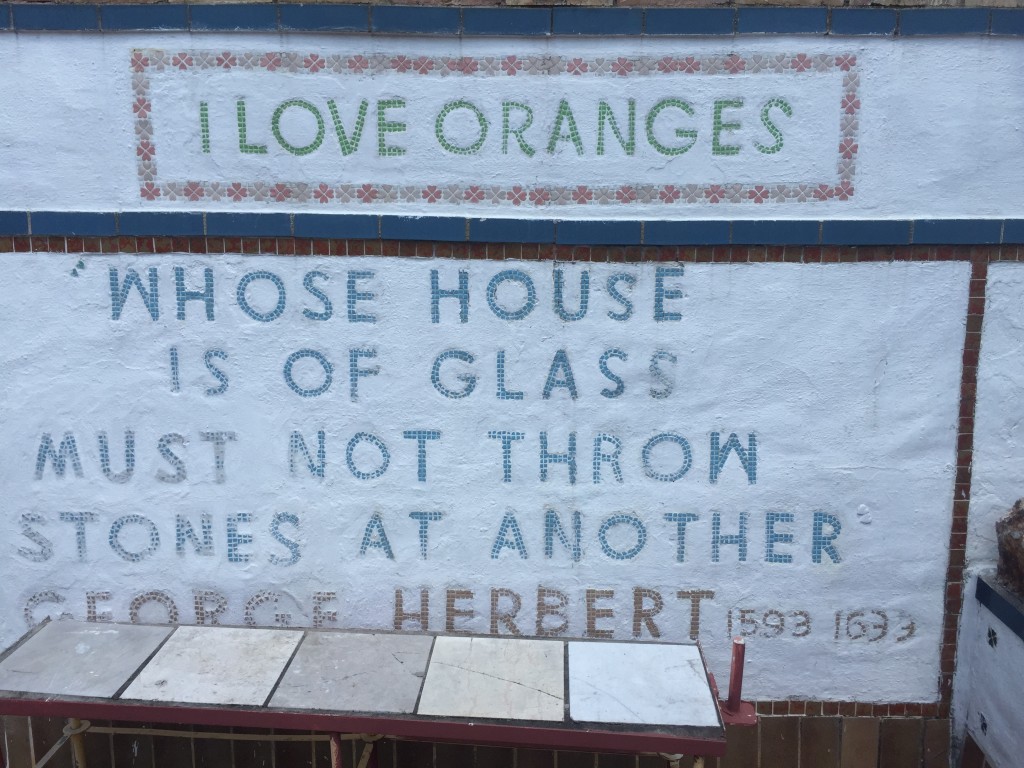 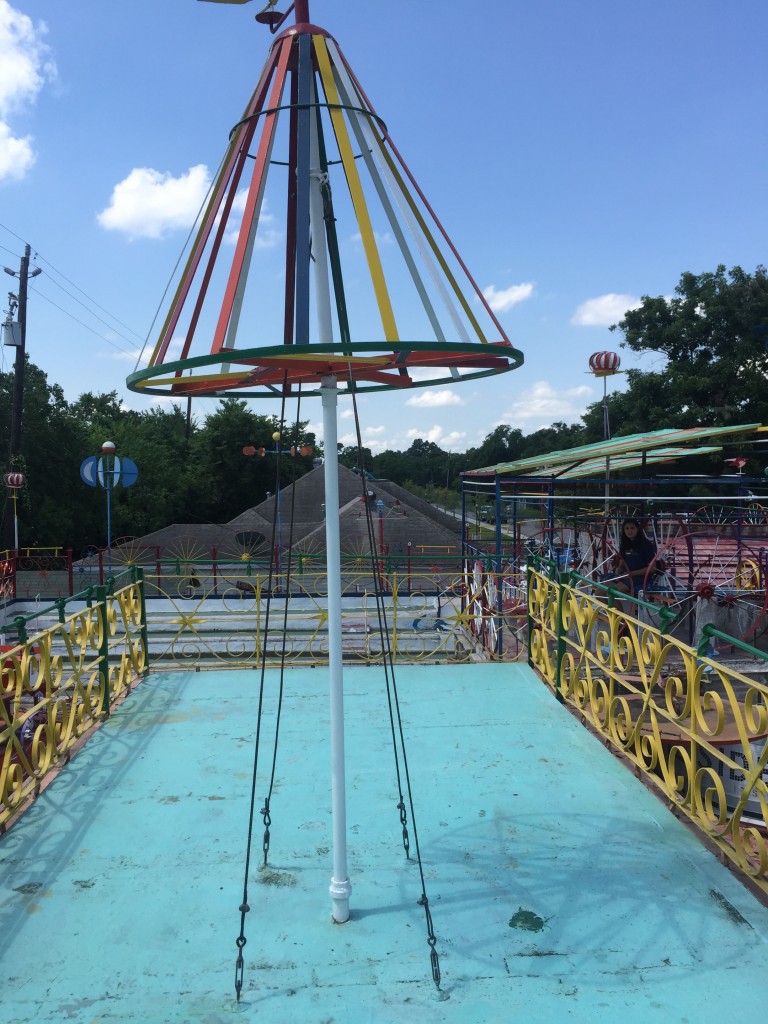 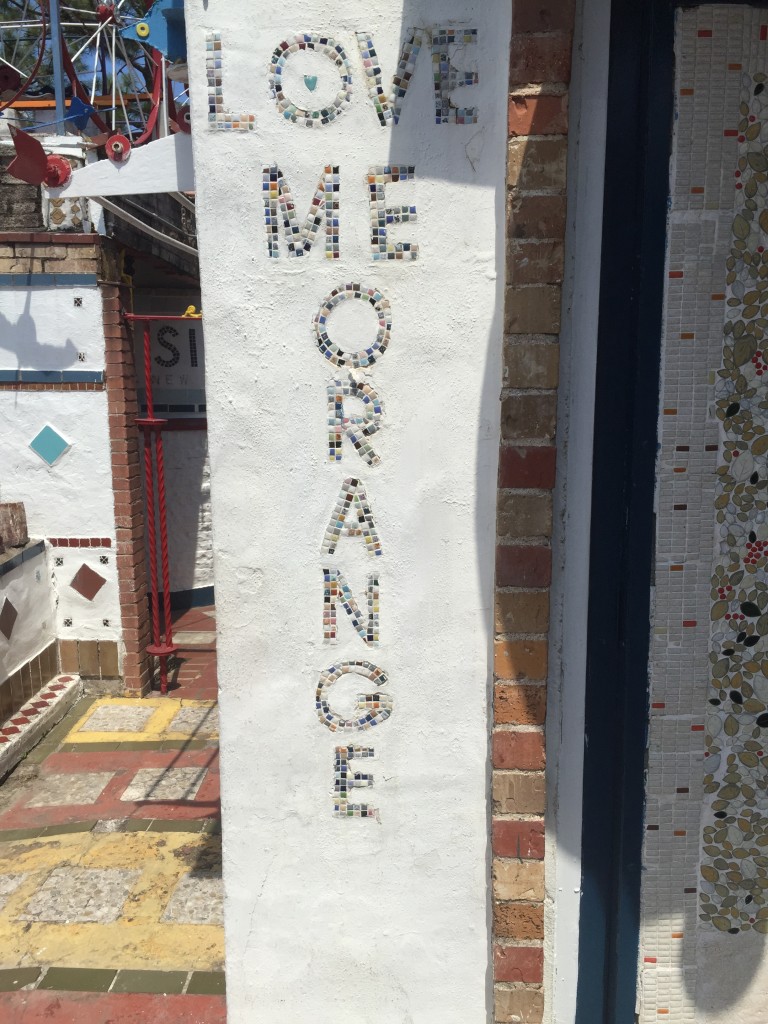 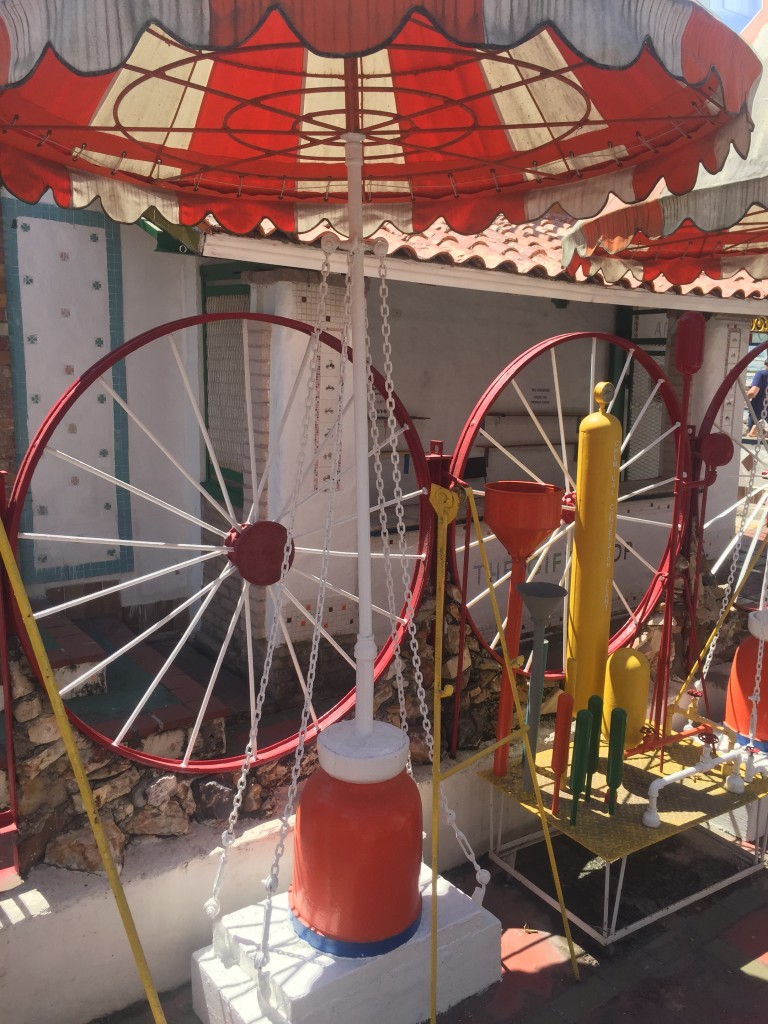