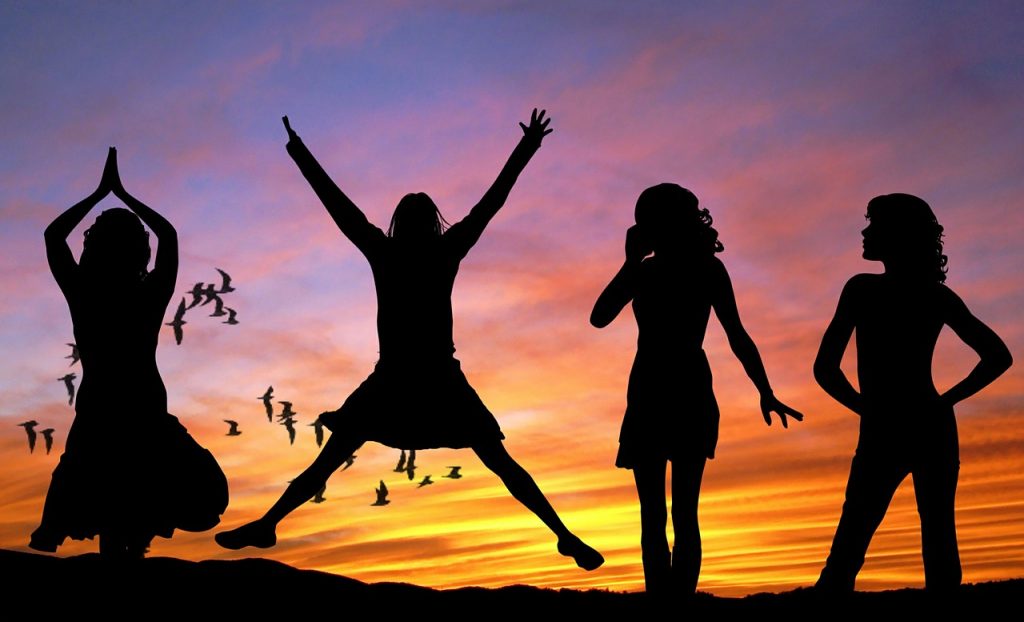 Can we talk about girl power for a second?

I know you all know the usual spiel, and I’m going to be using the female pronouns here, but this is for any and all girls out there. So let’s recap. The definition of “girl power”: Girls can do anything boys can do, girls are just as strong, just as tough, just as extra-awesome. But that’s just the surface. All of these things are true, of course, but I want to talk about what’s behind the awesome, what gives a girl her power. There’s more to it than just the girl. She, like everyone else, needs her support network, and when you look over a girl’s shoulder, try to see who’s holding her up. Nine times out of ten, I guarantee you’ll see a mom, a group of girlfriends, or maybe even a sister.

So, what’s with all the ladies?

It’s kind of a known fact that women have been supporting and helping each other throughout pretty much all of history (The Red Tent, anyone?). Between periods, childbirth, childrearing, figuring out which berries were poisonous, cooking, maintaining the homestead, and then everything else that came after the dawn of civilization, women had a heck of a lot to deal with, and society was pretty gendered. You spent most of your time with people who were the same sex as you, so most of your friends were people of the same sex. Plus, mothers are nurturing and comforting, and they give their children a wide and strong support network. It’s easy to see why women formed such strong bonds with each other and why it became the norm.

But, there’s a flipside to this. Women and girls are known for being competitive, catty, nasty, etc. with each other — and I won’t bother trying to explain the reasons behind that because we’ve all gone through it and been guilty of it. But why do it when your girl-power-support network works best when it’s a support network and not a point-out-tiny-things-to-tear-her-down gabbing fest?

So, I have a challenge for you guys, even though it’s not the New Year. When you hear others start to fall into that competitive, nasty pattern, or you feel yourself start to do the same, take a step back and just try not to. It’s important to base your self-esteem on stuff other than what you think other people lack or what you might think makes you better than other people. With all these recent movements about loving yourself and accepting your body, it’s important to recognize that one of the first steps to doing so is to not base your self-esteem on identifying the “flaws” of other people. If someone else is beautiful, it doesn’t make you less beautiful.

There’s another step to this too, though. If someone else starts the whole trash-talking thing, don’t join in, and try to get them to stop — because that will be an important step in how that other person feels about themself. As important as it is to have a group of girlfriends there to comfort you and eat ice cream with you after a breakup, you have to be there for them in the little moments, too. You have to be there in weird, trash-talking moments when seeing someone else has reminded them that they don’t feel too awesome about themselves, and you have to tackle that, too.

What it really comes down to is that I’m asking you to have inner strength and outer strength, to support yourself as much as you support the girls around you, and vice versa. Inner strength can go a long way, especially when you extend it to those around you.