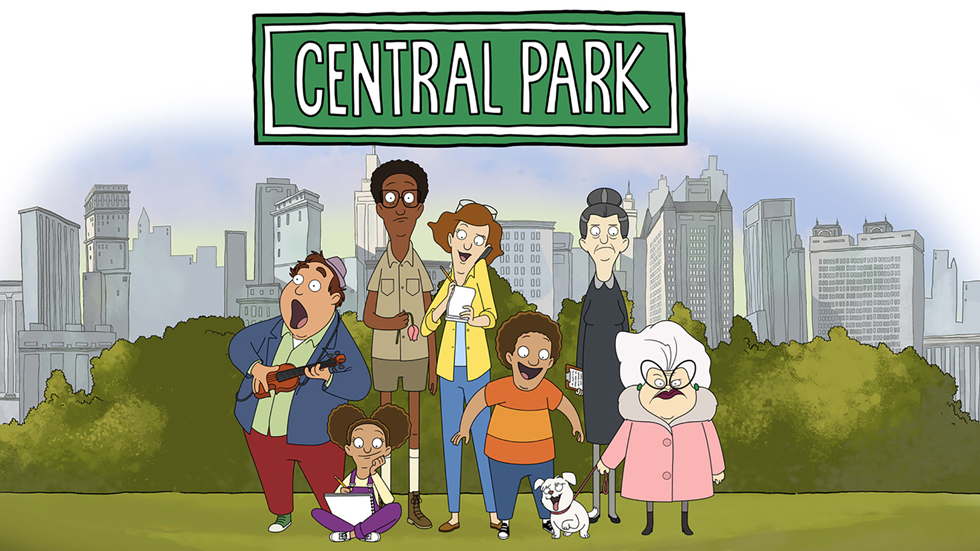 The hustle and bustle of New York, the culture and prestige of city living, and more importantly, the staple of the Big Apple — Central Park. From the comedic masterminds of Bob’s Burgers comes a musical series with the same subtle humor and even more heart. Central Park focuses on the complexities of family, greed, hurt, and the desire to be known. With gross-out humor and a surprising amount of heartfelt moments, Central Park proves to be a complex, humorous look at New York City living.

Central Park focuses on the lives of the Tillerman family, who live in Central Park. Owen Tillerman is dedicated to the park and has spent his life in charge of the safety and cleanliness of Central Park, one of the few who still cares about preserving the iconic landmark. His wife, Paige, is less focused on the park and is passionate about her journalism career, though she wants more than the mediocre stories she’s been covering; she wants the next great story to launch her career. Their daughter, Molly, feels as if she can’t find a place she fits in, and she finds herself enthralled in her comics, drawing out the adventure and love she so desires. Meanwhile, her brother, Cole, is a jean-esque character who feels passionately about the world and seeks connection just like his sister, though he looks for it in very different places. All complex and human, these laughable and lovable characters encounter chaotic and often humorous situations, though their overarching stories focus on the need for family and connection in such an isolating place like New York City.

Central Park won’t be for everyone. While it is advertised as a Bob’s Burgers-like series, it actually comes across very differently and has a very different feel and tone. While Bob’s Burgers is a laugh-out-loud, sex obsessed, and goofy story about family life, Central Park seems to stray from the crass humor and focus on more serious, touching subject matter. Not only that, but the entire series is a musical, beautiful and sometimes hilarious songs accompanying the life events of the Tillerman family. While I don’t see too many correlations between the two, I think both are fantastic in their own right; but, the two are certain to draw very different audiences.

The Tillermans may be singing their way through the city, but they are dealing with a variety of complex issues: striving to achieve their dreams, wanting to be known, and longing for real connections. Both funny and emotional, Central Park is a moving and binge-able musical series that is simultaneously entertaining and thoughtful, a refreshing adult animated series.