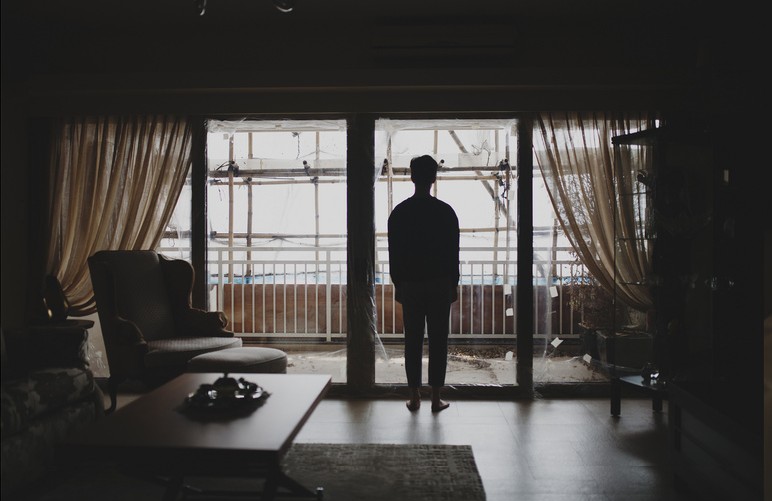 The White Place by Chance Walsh

These walls are unbroken
Inside them I’m breaking
bending
bleeding
Pleading for freedom
far from this prison I’ve built.
Lyrical liar don’t listen to your words
You don’t hear the things they say.
You’ve sliced off your ears.
You’ve cut off your face.
What mind hides behind
that mindless mask?
Don’t make my blindness last.
Can’t let my facade melt,
won’t let them see
the truth underneath.
Signs and signals
they’re spelling it out.
Have you sold your eyes for shadows?
A sickle for sleep…
I can’t sleep.
I’m too heavy.
I’ll sink through the sheets,
they’ll suffocate me
I’m scared I’ll suffer
Maybe I deserve to suffer.
This indestructible house
is built from desire
deception
A blindfolded bulldozer,
driven by a damned, drugged man.
Guilt and greed
Coated on workers hands
Ignorance and blissfulness,
bricks born from false benevolence
Rickety rafters wrapped up in wrong
I hope the beams give way
but they won’t fall
until I do.
And I’ll stay until the very end.
I’ll tip my hat at a pile of rubble,
to my ashes I will be king.
But I know this place will remain
After the voices fade
And I’ll still be broken
And I’ll still be bound.
Outside of my room I hear no sound.
Inside of my head I plea
for forgiveness,
to a being that I simply don’t
believe in.
I’m not struggling,
I’m just shaking.
And these chains might be tight.
But fuck are they cozy.

Chance Walsh is an eighteen-year-old autodidact.  He has been writing since he could read and recently finished his first novel, The Dream Descent, which he co-authored with his mother.  He enjoys acting and has done a lot of theater. He’s also written screenplays and produced short films. His true passion is writing, and he wants nothing more than to be an author. He spends, arguably, too much time writing poetry and listening to music.

Natalie Chyi is an 18-year-old from Hong Kong who has recently moved to London, where she will be studying law for the next three years. She started photography to capture moments and pretty things/people/light/scenes as she sees them, and that idea is what continues to fuel all of her work. Find more of her work on nataliechyi.com, Facebook, or Tumblr.